Ukrainian government websites were subjected to a powerful hacker attack on the night of January 13d to 14th.

In addition, the websites of the Ministry of Foreign Affairs, the State Emergency Service, the Cabinet of Ministers, the Ministry of Energy and the Ministry for Communities and Territories Development do not work. The hackers also blocked the Diia website.

In confirmation of the anti-Ukrainian orientation of the hacker attack, the attackers posted a Ukrainophobic ad written in Ukrainian, Russian and Polish on the MFA home page. 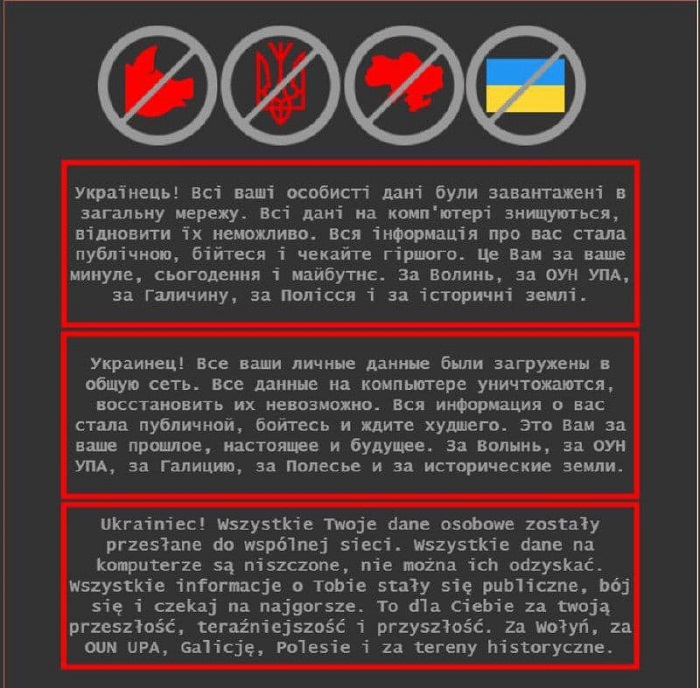 "Ukrainian! All your personal data was uploaded to the public network. All data on the computer is destroyed, it is impossible to restore it. All information about you has become public, be afraid and expect the worst. This is for your past, present and future. For Volyn, for the OUN-UPA, for Galicia, for Polesia and for historical lands", - the hackers' announcement reads.