The "DNR" propagandists have issued a postal envelope with images of Lenin and Stalin and dedicated it to the "104th anniversary of the Great October Socialist Revolution". This is said in the message of the Donbas Post pseudo-state enterprise.

It is noted that "there is a postage stamp on the front side of the card depicting Vladimir Lenin and Joseph Stalin from a drawing by Ye.Kibrik in 1947". 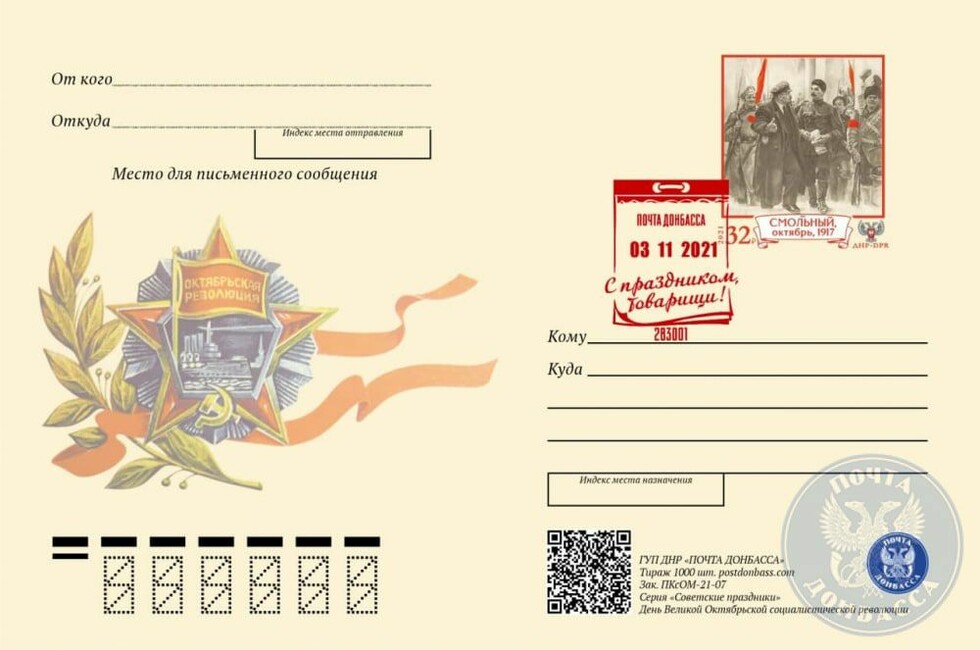 The artist invented the plot with the servility specific for the period of the personality cult. Allegedly, Lenin arrived at Smolny, the headquarters of the Bolsheviks in St. Petersburg, on the evening of October 24, 1917, there he was met by Stalin, one of the organizers of the uprising. In fact, the two dictators and the author of the Red Terror did not meet in Smolny – the latter's role in organizing the Bolshevik coup was falsified.

PS. "It is necessary to encourage the energy and mass character of terror" (V.Lenin)

"Comrade Stalin, having become Secretary-General, has unlimited authority concentrated in his hands, and I am not sure whether he will always be capable of using that authority with sufficient caution" (V.Lenin)