President of Ukraine Petro Poroshenko has the lowest level of support in Mariupol. This is stated by the study results of Rating sociological company conducted with the support of the Government of Canada posted onthe US International Republican Institute website.

P. Poroshenko is not popular in any region of Ukraine. Meanwhile, his rating in Mariupol is the lowest in the country.

According to the survey, 61% of Ukrainians in Mariupol "strongly disapprove" Poroshenko’s performance as a president and only 8% of the citizens approve "to some extend".

"Given the ongoing conflict between Ukraine and Russia, ailing economy and endemic corruption, the majority of Ukrainians say they feel that the country is moving in the wrong direction and that they do not approve performance of the President Petro Poroshenko in PA," - noted the study.

The survey was conducted in all regional centers of Ukraine (with the exception of the occupied cities of Simferopol, Crimea and Donetsk and Luhansk in Donetsk region), as well as in the cities of Severodonetsk and Mariupol in Donetsk region from January 20th to February 8th, 2016. 19,200 respondents participated in the survey. 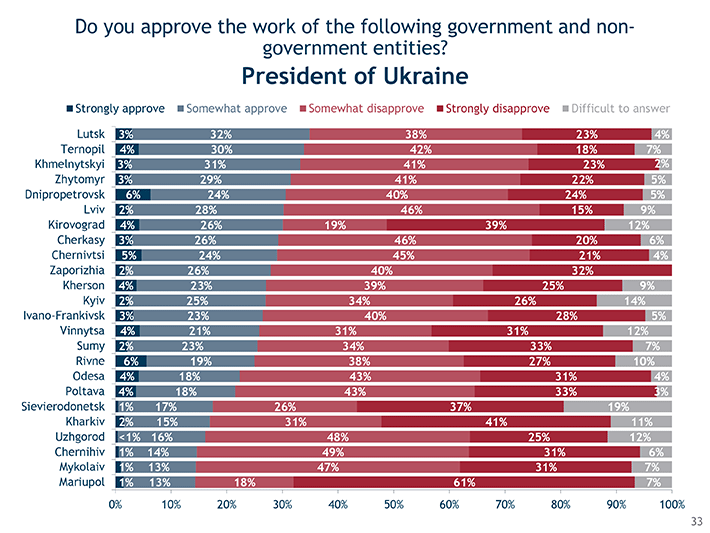