The flag of Ukraine, which the volunteers and the military carried along the route Kramatorsk - March of the Defenders (Kyiv) - Avdiivka, flew in the sky over the occupied territory of Donetsk region. Volunteer of the Third Force Vlad Ivanov writes this in the social network.

"The flag, which traveled along the route Kramatorsk - March of the Defenders (Kyiv) – Avdiivka, flew to Donetsk. I want to remind our non-brothers on the eve of September 8: "We won the Nazis, we will defeat the Rushists too - "Glory to Ukraine!", - the organizers of the campaign said in a message.

Residents of occupied Donetsk made a photo and video of the Ukrainian flag in the Kyivskyi district of the city.

"Flied to its destination. It is already flying over the Kyivskyi district of Donetsk, people sent a photo from there. Today's videos are from the temporarily occupied territory!", - the volunteers write. 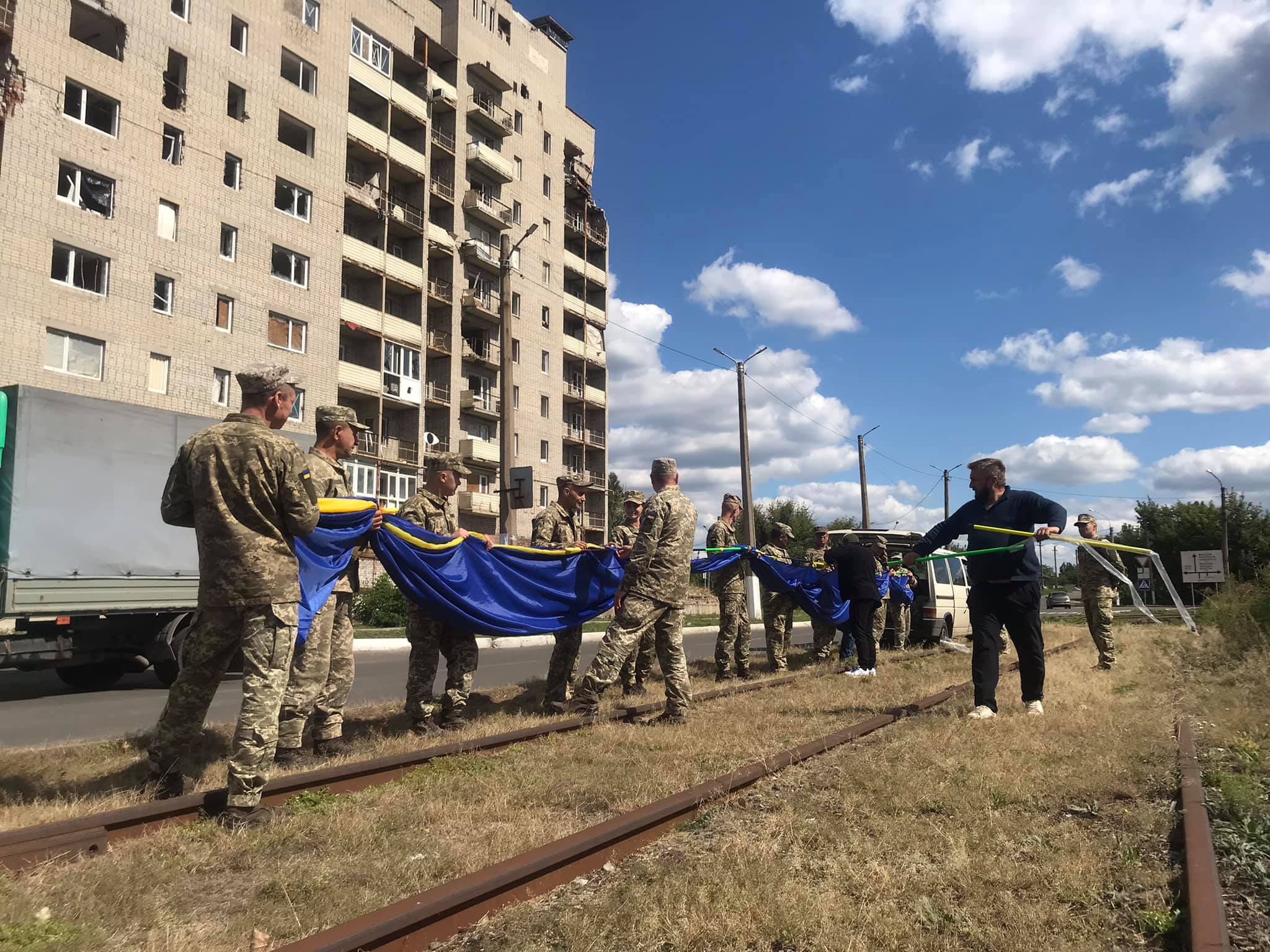 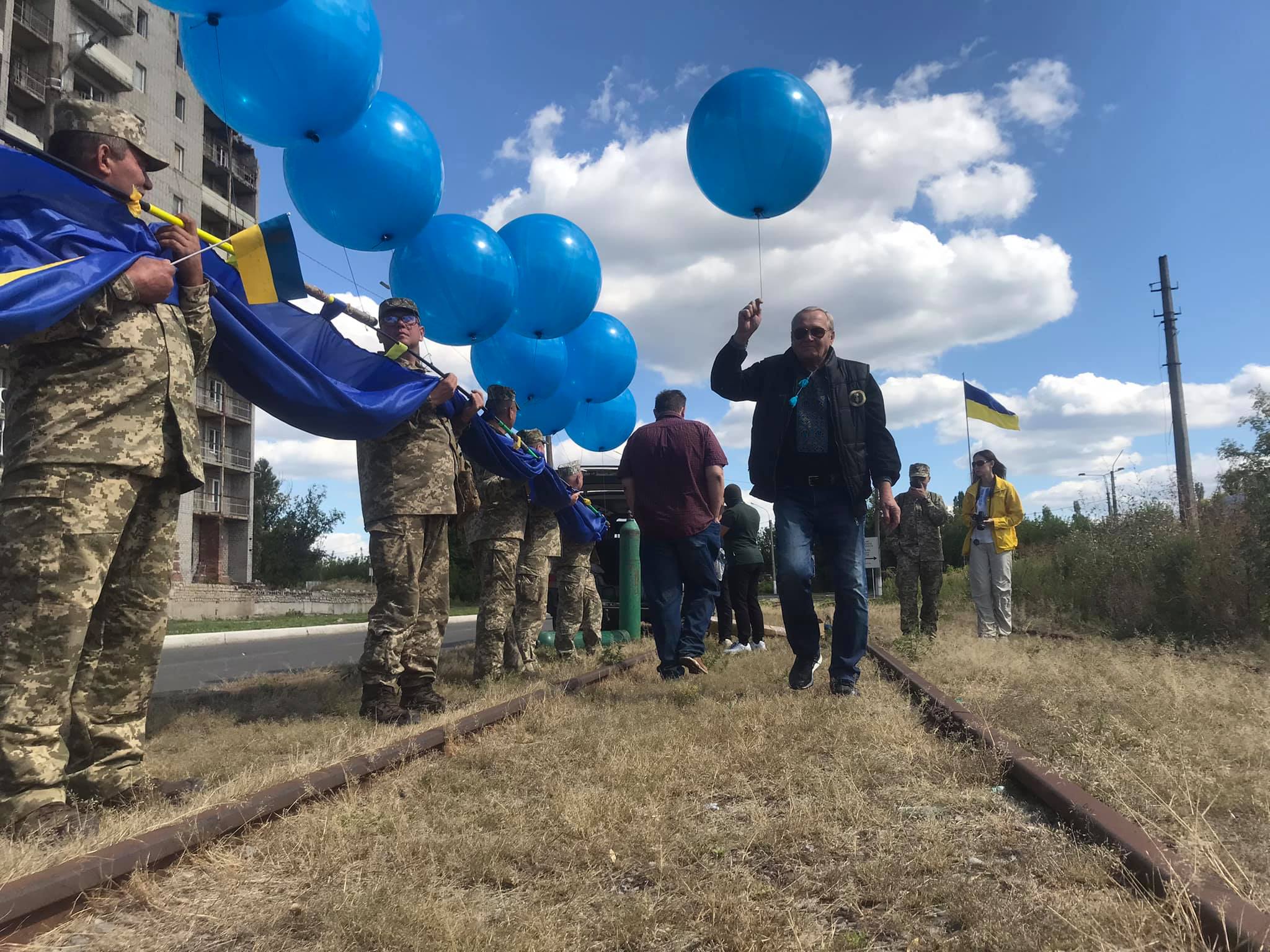 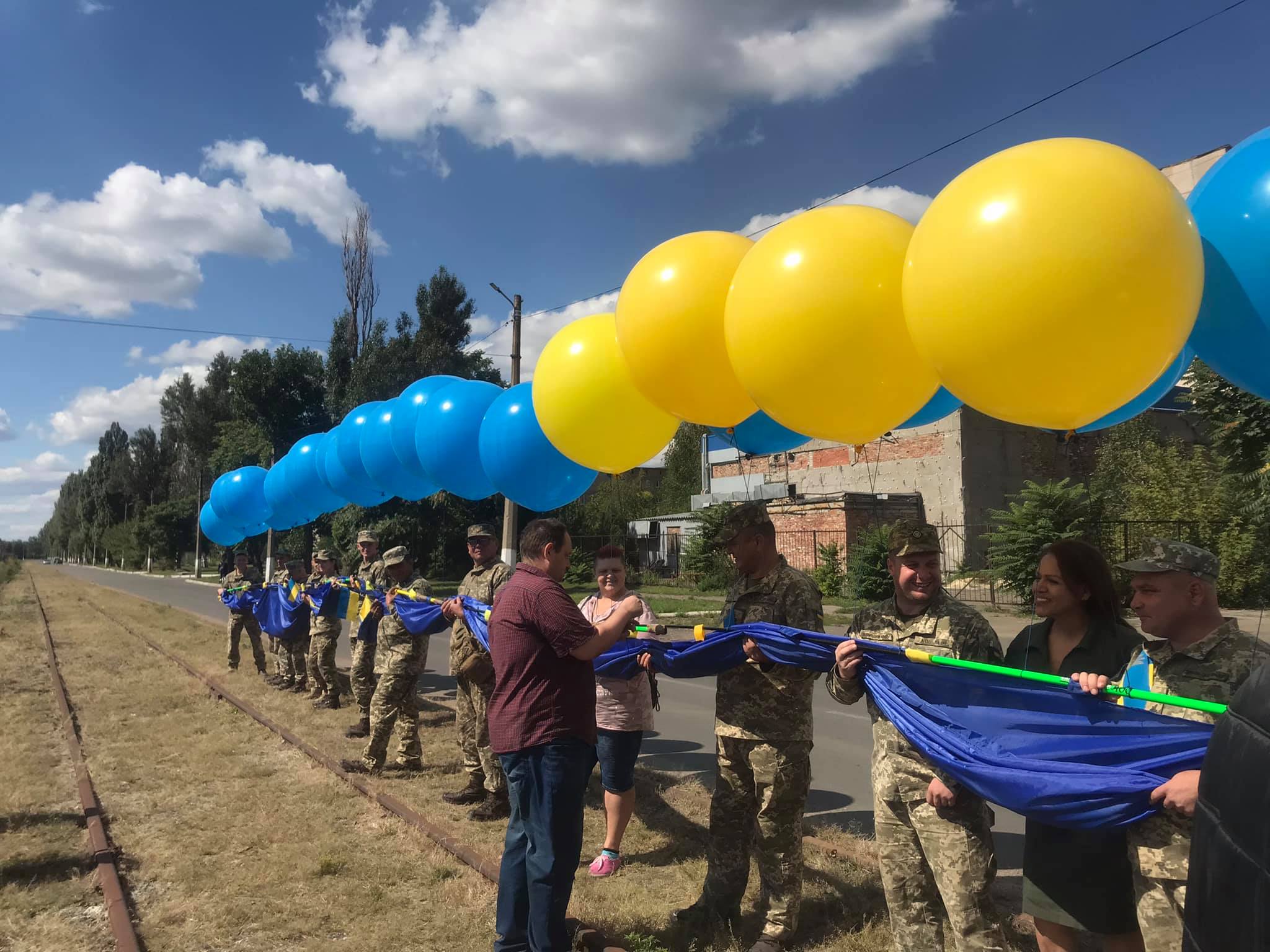 "Above the Donetsk Airport. Taken from the Iverske cemetery", - the Donetsk residents write in social networks. 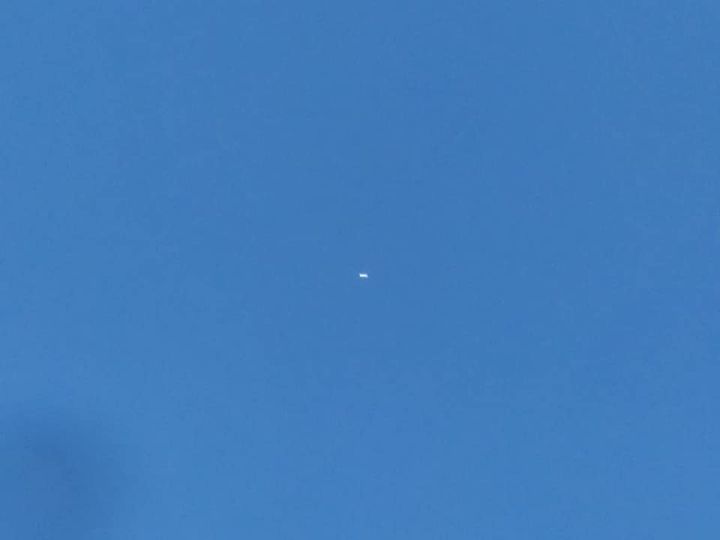 It is also reported that the flag of Ukraine was seen in the sky over the area of occupied Snizhne near Savur-Mohyla.