Leader of the "DNR" Denis Pushilin agrees with Russian President Vladimir Putin, who stated the expediency of returning Ukraine to the borders of 1922, that is, at the time of its entry into the USSR. He told this in an interview with one of the separatist media.

"The revision of the borders of Ukraine is a topical issue, and we are extremely glad that this issue is being raised - so far in such a discussion, in the form of a signal… In fact, we believe that this (the return of Ukraine to the borders of 1922 - OstroV) would be fair", - Pushilin commented on the pseudoscientific article of the President of the Russian Federation about the alleged unity of the Ukrainian and Russian peoples.

In the opinion of the "head" who does not know the history well, such a revision of the borders would mean the recognition of the historical belonging of Donbas to Russia.

In fact, at the time of joining the USSR, the Ukrainian SSR legally included not only the entire Ukrainian Donbas, but also part of the modern Rostov oblast of the Russian Federation, including Taganrog. 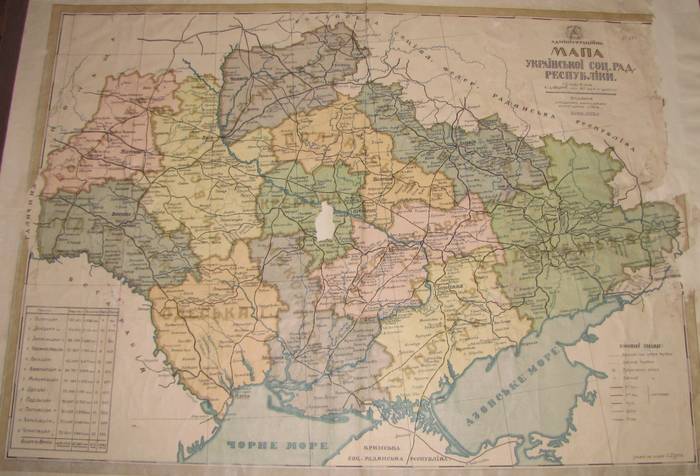 Thus, the implementation of the imperial statements of the president of the aggressor country would in fact mean the unconditional withdrawal of the Russian occupation troops from CADLO and the transfer of part of the Rostov oblast - eastern Donbas - under the jurisdiction of Ukraine.

Tuesday, May 24
Bodies of 200 dead found under rubble in Mariupol. Occupiers refuse to bury them - Andriushchenko (Photo)
Russian "hawk" Patrushev raves that "DNR" and "LNR" should receive reparations from USA Europe
9 officers of Vinnytsia KORD killed in Zaporizhzhia oblast as result of missile attack
Britain is considering using sea convoy to export Ukrainian grain
Occupation corps of russian federation is not enough for gauleiter of Kherson region – traitor asks for "russian military base"
Monday, May 23
Authorities of russian federation do not intend to change Medvedchuk for defenders of Mariupol, withdrawn from Azovstal
Russian federation states that it is Ukraine that refuses to negotiate - "the ball is on its side"
Sunday, May 22
Deputies extend martial law and general mobilization in Ukraine for three months
AFU destroy Tyulpan self-propelled heavy mortar of russian federation, confirming defeat of equipment of this class for first time in history (VIDEO)
Attempt to liquidate self-appointed "mayor" in occupied Enerhodar - social networks (PHOTO)
Saturday, May 21
Zelensky couple tells how they met russian invasion in morning of February 24
Largest research center in field of aviation and astronautics is on fire in russia
VIDEOFACT: "DNR" riflemen control deportation of Mariupol residents: it will not be possible to avoid
232 children have died in Ukraine since beginning of war, more than 662 have suffered – Office of Prosecutor General
Kievan Rus’ was "cancelled" in schools of russian federation and Kyiv was simply captured
All news »