Occupation authorities of the "DNR" have detained pensioner Tetiana Zhuravliova, who worked as a cleaner in one of the units of illegal armed formations, and accused her of "espionage on the instructions of the SBU". This is said in a story of one of the separatist propaganda TV channels.

"Tetiana Zhuravliova worked as a cleaner in one of the military units of the DNR. She was recruited by the SBU in Ukraine, where she regularly received pension payments", - a local journalist reported. 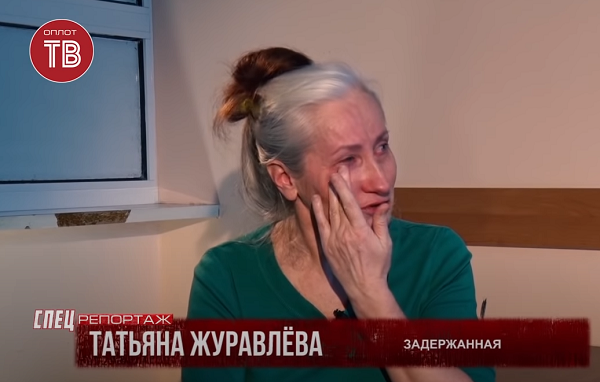 It follows from the story that the elderly woman supported a shelter for homeless animals at her own expense. The "republican" pension and the Ukrainian pension that she received on the territory controlled by Ukraine was not enough to live and care for stray dogs and cats, so she got a job in one of the military units of the "people's militia" (self-name of the "DNR" illegal armed formations - OstroV).

The journalist told that she cleaned the premises of the military unit for food, "with which she fed her pets". At the same time, receiving such "gratitude" from the militants, the woman still visited the free territory.

Allegedly, having learned that she was working in a military unit, she was recruited by the SBU officers and forced to cooperate. According to the propagandists, she stole documentation on the personnel of the military unit in the premises she was cleaning, and photographed the interior of the military unit's headquarters.

The occupation authorities stated that the pensioner could be "sentenced" for up to 20 years. The "DNR Ministry of State Security" did not inform how the documents classified "confidential" were publicly available.