Occupation authorities of the "DNR" assure that the draft notices served to the residents of uncontrolled territories of the Donbas are forged and do not correspond to the "decree" of the "DNR" leader Denis Pushilin on reconciling "reservists". This was stated by representative of the so-called "Ministry of Information" Daniil Bezsonov.

"The network is actively spreading fake draft notices. Please be careful. The stamp says "Ministry of Defense" of the DNR, which we have not had for a long time, but there is the Office of the People's Militia. In addition, note that the signatures of Commissioner Glukhov are different on the two draft notices", - he assures.

The draft notices posted by him say that the mobilization of reservists has been announced in the "DNR". 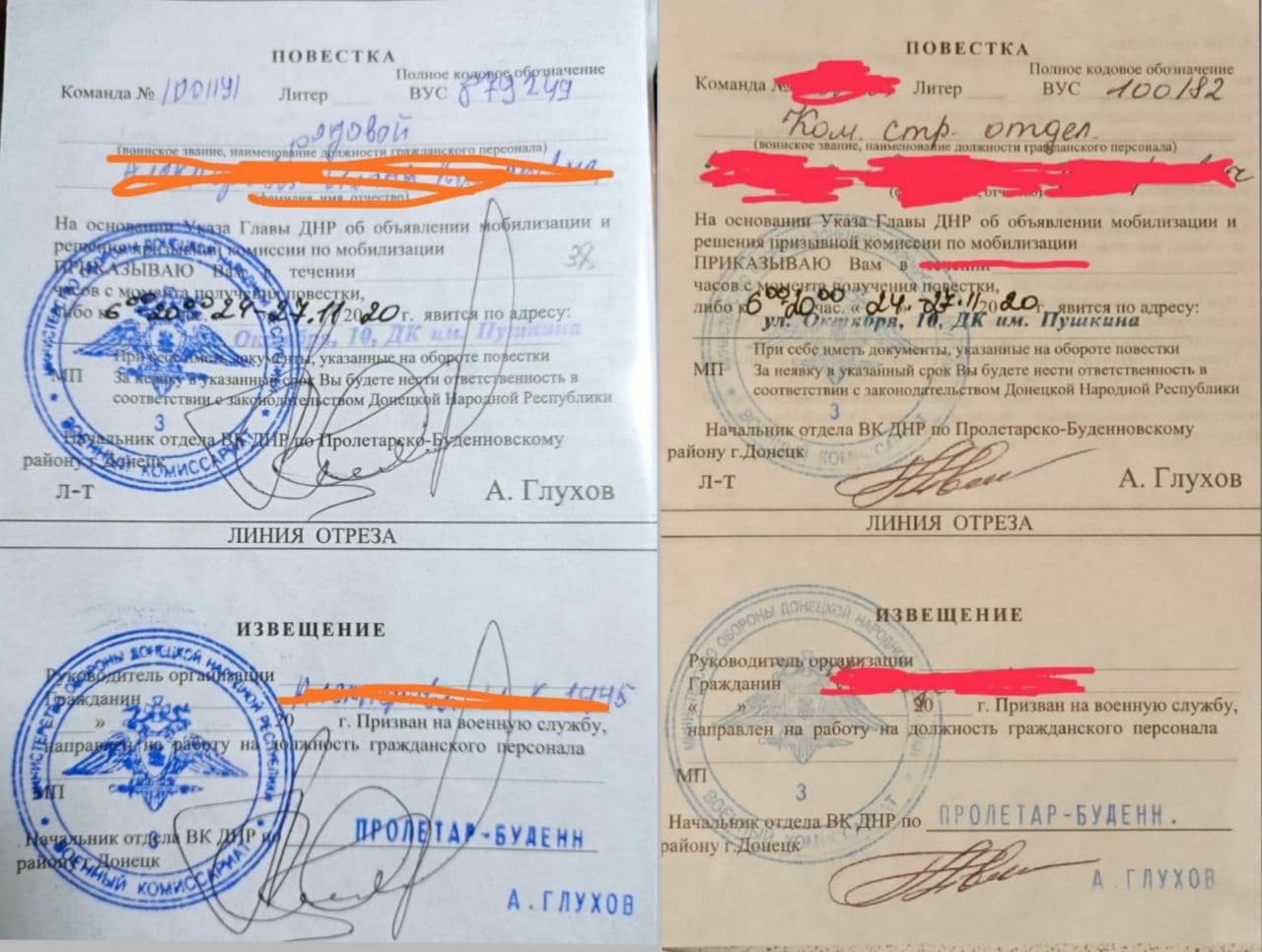 As reported by OstroV, representatives of the security agencies of the so-called "DNR" were conducting a door-to-door survey to identify "citizens in reserve". This is reported by one of the separatist Telegram-channels. Eyewitnesses reported that "people in the uniform of a military commandant's office and "people's militia" (self-designation of the "DNR" illegal armed formations – OstroV) walked around the apartments and houses on Sunday. They demanded to give the names of residents and recorded the data received. Earlier, the "DNR" leader Denis Pushilin issued a "decree" "On the conduct of a control notification and the appearance of citizens who are in reserve at the pre-gathering points of citizens".