The Ukrainian side at the Novotroitskoye checkpoint passes everyone who wants to enter the occupied territory of CADO. This was reported to OstroV in the call center of the Joint Forces Operation.

The main requirement for crossing the contact line is presence of the activated application Diya on the smartphone, which allows you to control the self-isolation regime.

"The main thing is the application (in case the occupiers do not let pass and the citizen will have to return to the territory controlled by Ukraine - OstroV) and there are no more restrictions", - the agency's interlocutor said. 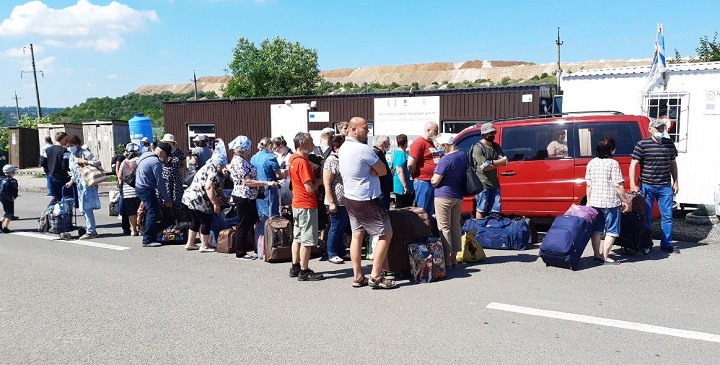 As previously reported, occupation authorities of the "DNR" made public the procedure for entering from the controlled territory of Ukraine, according to which, such a right will be granted only to those who can prove that they work, study or take care of the patient in CADO. You must apply for entry. A certain headquarters will consider it within 10 business days. Those who will be allowed to return to the occupied territory will be forcibly sent to one of the hospitals of the "republic" for a 14 days observation.