Occupation authorities of the "DNR" have sent a Donetsk physician-neurologist Yuriy Shapovalov to jail for 13 years because of his posts on social networks. This is said in the report of the so-called "Ministry of State Security".

It notes that the local "security officers" "suppressed the activities of a resident of Donetsk, born in 1964, who collaborated with the Security Service of Ukraine and posted information on social networks that destabilizes the situation in the "republic".

According to the "Ministry of State Security", the blame of the resident of Donetsk was that since 2014 he "started an account on the Twitter social network, posted information that helped to destabilize the socio-political situation in the "republic", as well as collected data on the location of military facilities, the movement of equipment and personnel of the Armed Forces of the DNR".

On April 16, 2020, Yuryi Shapovalov was found guilty by a verdict of the fake "Supreme Court of the DNR" and was sentenced to 13 years in prison with a sentence in a high-security prison. 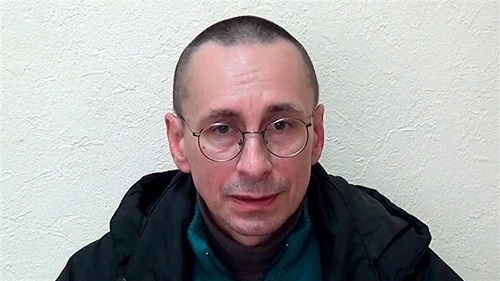 As previously reported, Yuriy Shapovalov is a Donetsk physician-neurologist, chairman of the Islaya cactus fan club in Donetsk. He was detained in January 2018 when returning home from work. He really had pro-Ukrainian views and used a Twitter account under the nickname "Zalyshenets the Donetsk" until his arrest. From the point of view of the militants, all of his "illegal" activities came down to the fact that he talked about life in occupied Donetsk, illustrating his posts with photographs. It is revealing that hypocritically declaring their desire to conduct an "all for all" exchange, occupation authorities of the "DNR" do not include Yuriy Shapovalov in the exchange lists.