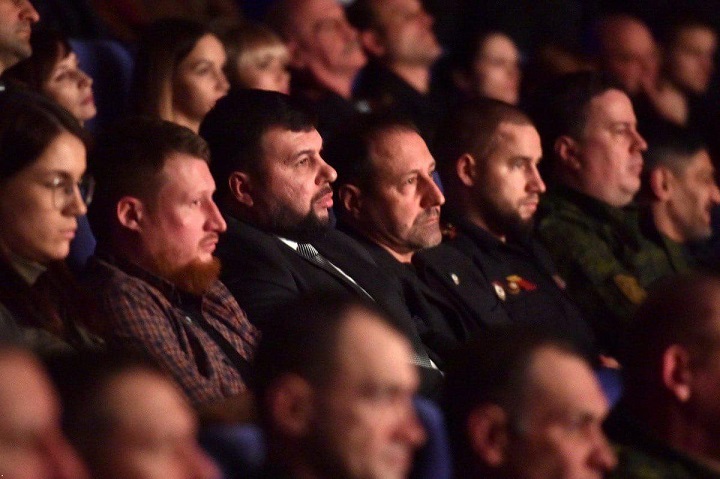 Creator of the terrorist Vostok Battalion Alexander Khodakovsky was seen next to the "DNR" leader Denis Pushilin while watching a propaganda Russian film about fighting for the Donetsk airport. Donetsk, January 16, 2020.

OstroV's briefing note. Alexander Khodakovsky is a former SBU employee who betrayed the oath from the first days of the Russian hybrid war against Ukraine and became one of the leaders of the Donbass terrorists. He created and headed the Vostok Battalion. He is currently removed from all official posts in the "DNR". He was in confrontation with now-deceased Alexander Zakharchenko. He is an ideologist of the Donbass joining Russia. In the fall of 2017, he expressed his desire to compete for the post of "head of the republic" in the "next election". Having faced with the harsh reaction of the occupation authorities to his opposition and ambitiousness, Khodakovsky left the "DNR" in the spring of 2018 and stopped his journalistic activity for a while. After the liquidation of leader of the "republic" Alexander Zakharchenko, he hastened to remind of himself again, however, he was not even released from Russia into the occupied territory, where he intended to take part in the leader's election. He is currently in the occupied territory of the Donetsk oblast trying to regain his influence.