The veche "No to capitulation" is being held on the Independence Square in the center of Kyiv, - correspondent of OstroV reports.

About 5-7 thousand people take part in the event. 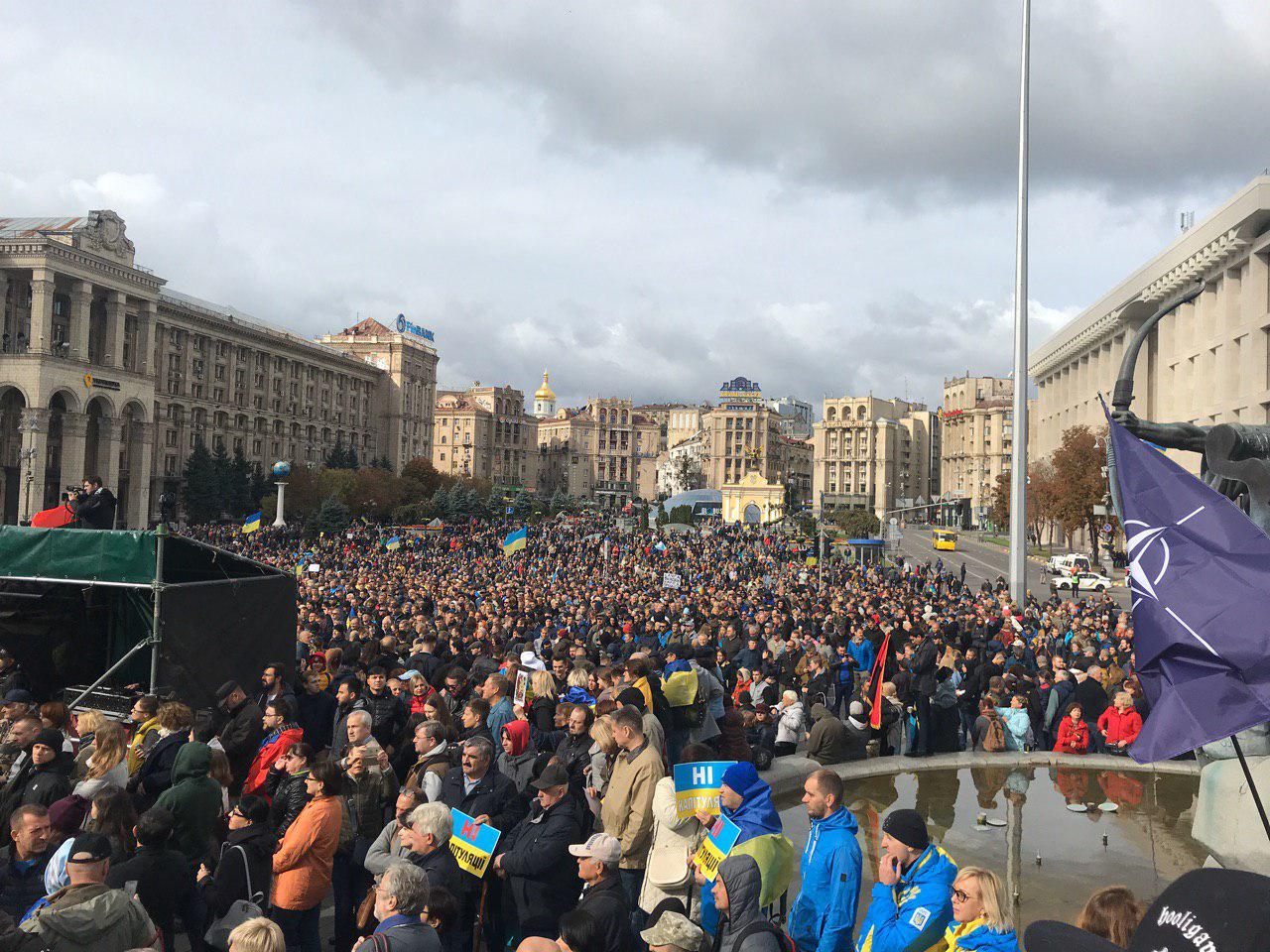 They are opposed to the implementation of the "Steinmeier formula" and holding of elections in the CADLO "at gunpoint".

"Ukraine is half a step towards surrender in the war with Russia. Holding elections in CADLO opens the door to the CADLO autonomy, legalization of terrorists as politicians and "people's militia" and, ultimately, loss of Ukrainian sovereignty", - the organizers of the veche say. 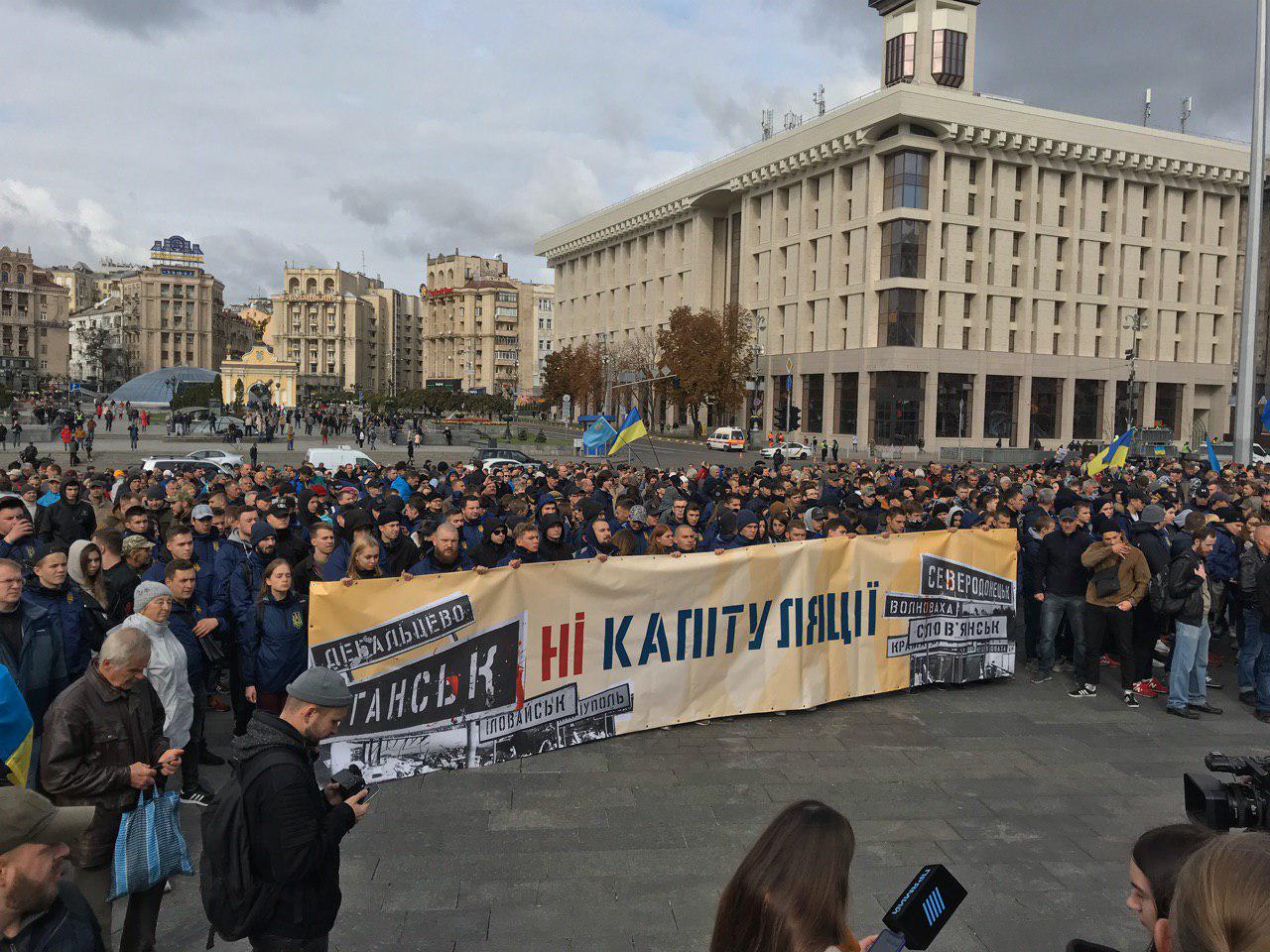 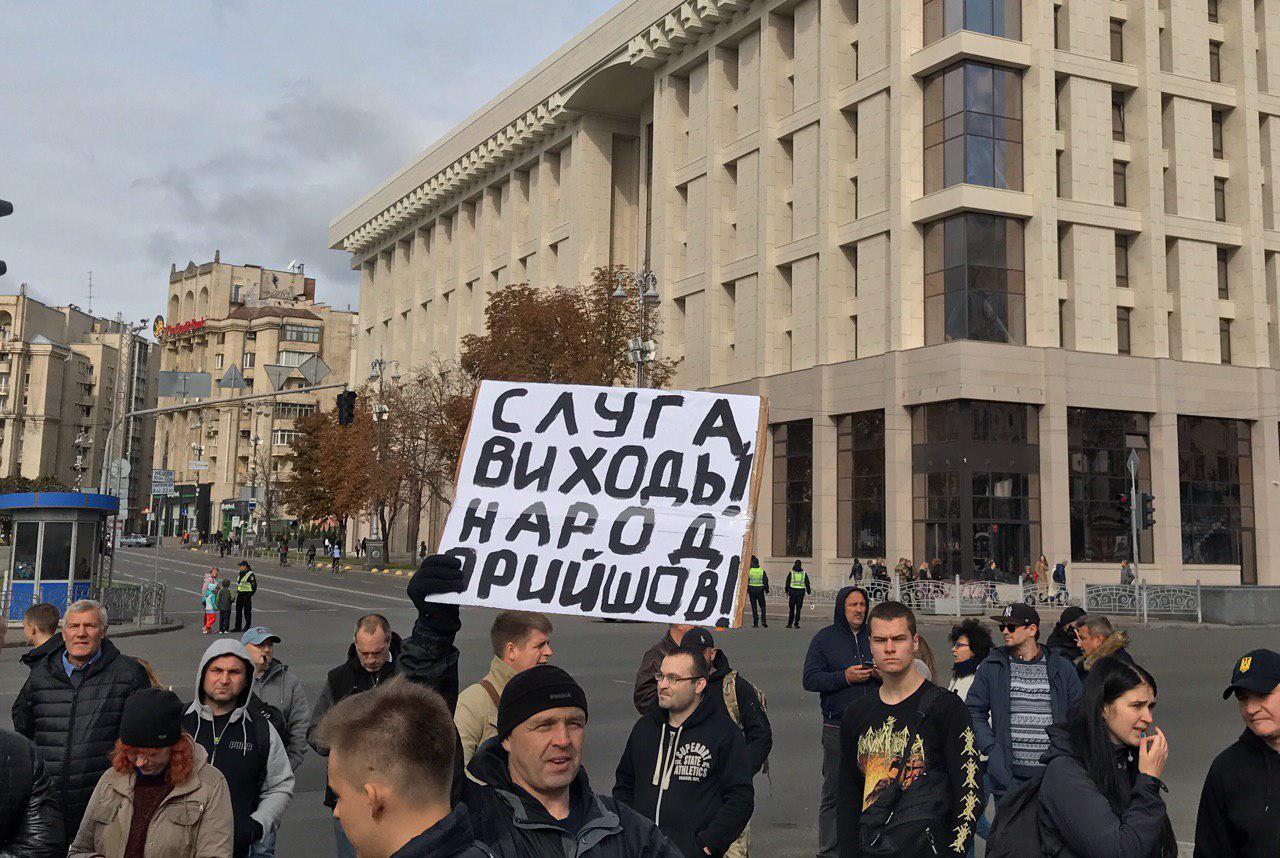 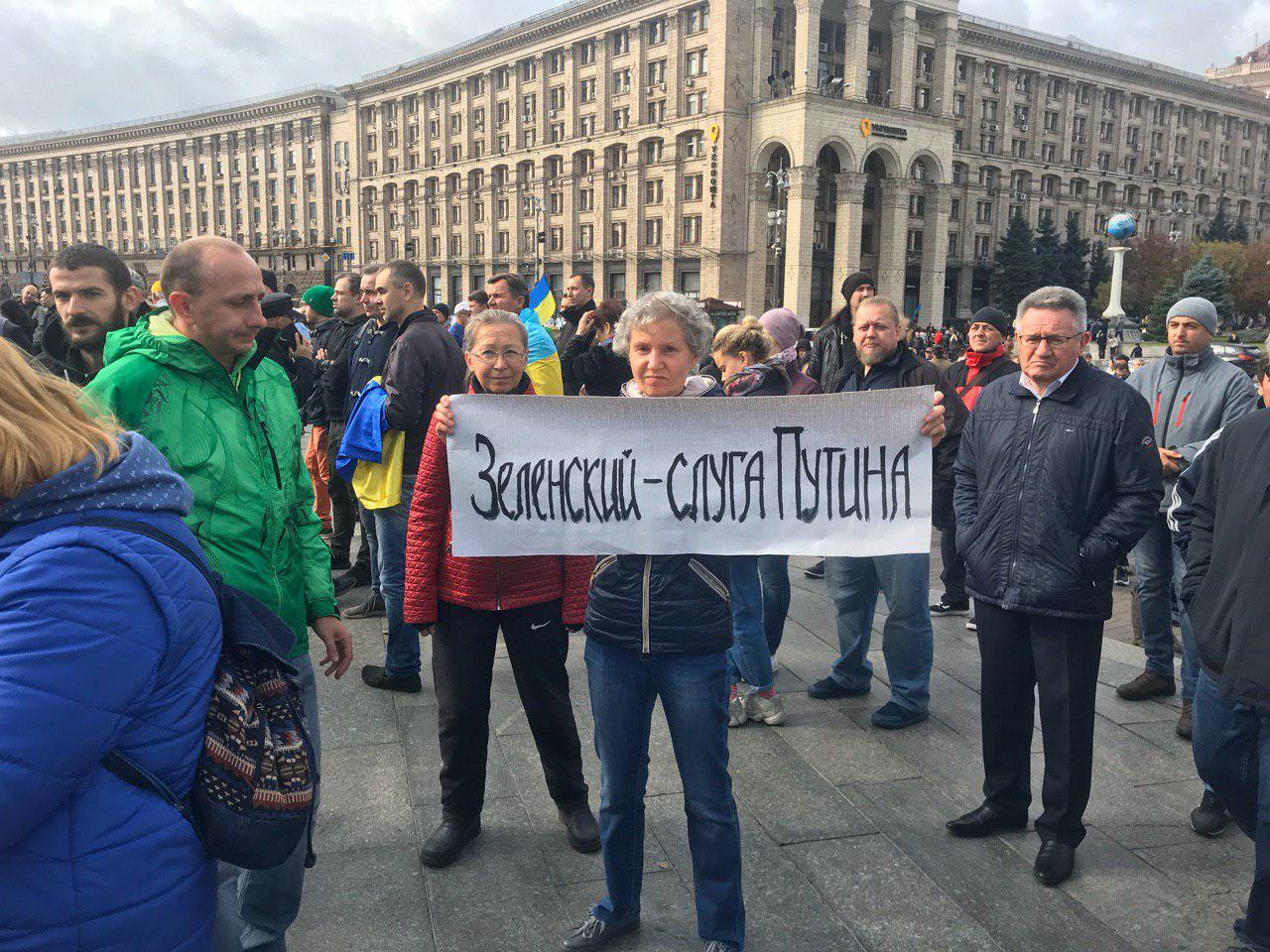 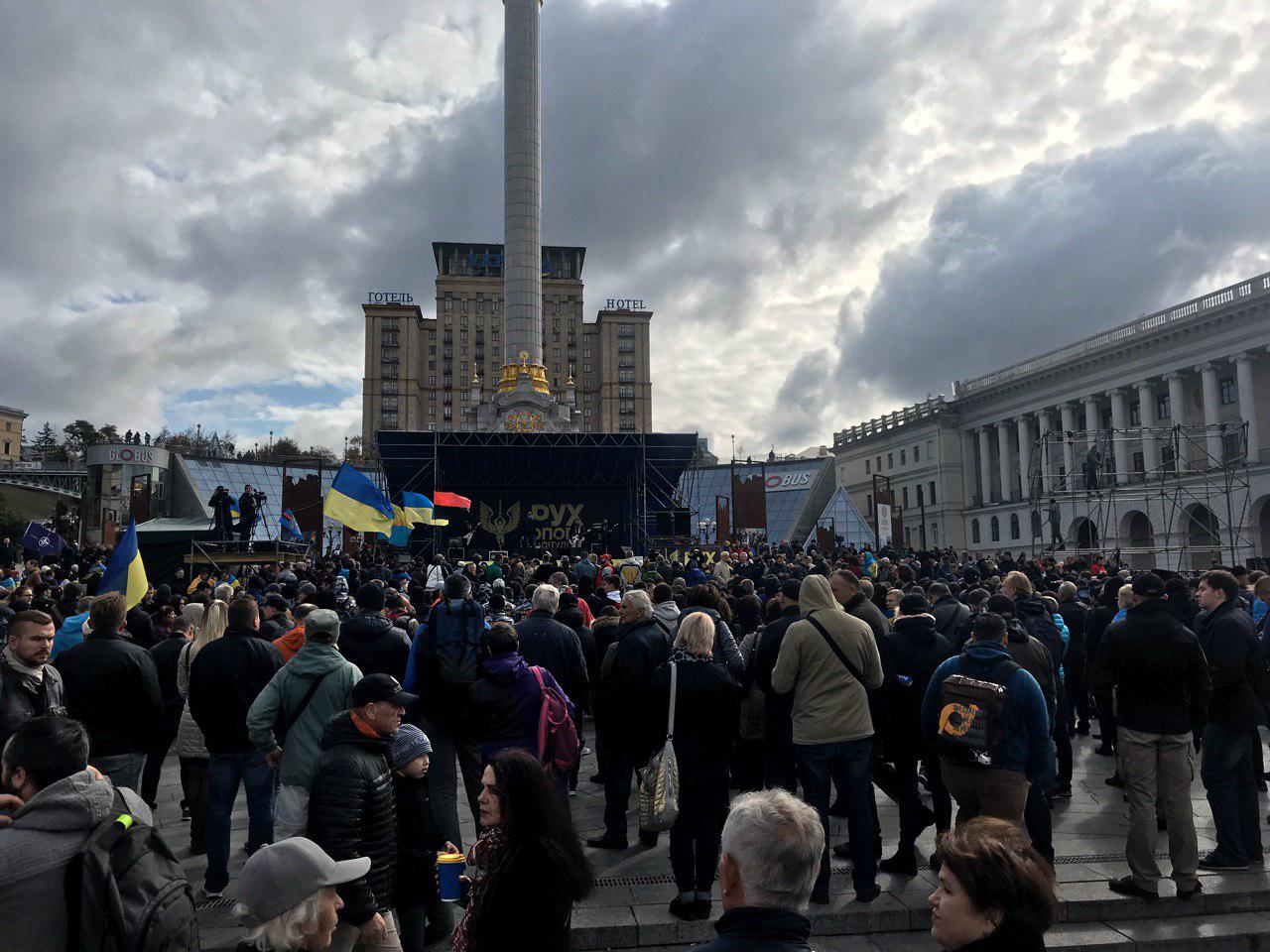 Zelensky recalled that the existing law on the special status of Donbass is valid until the end of 2019, it will be replaced by another law that will be developed by the Verkhovna Rada. "Not a single red line will be crossed in this new law, therefore, there will never be any surrender".