Russian-style diplomas began to be issued in Donetsk at the university created by the occupation authorities on the basis of the Donetsk National Medical University. This is reported by the website of the legally non-existent university.

Let us recall that officially, Russia did not recognize the self-proclaimed "DNR". 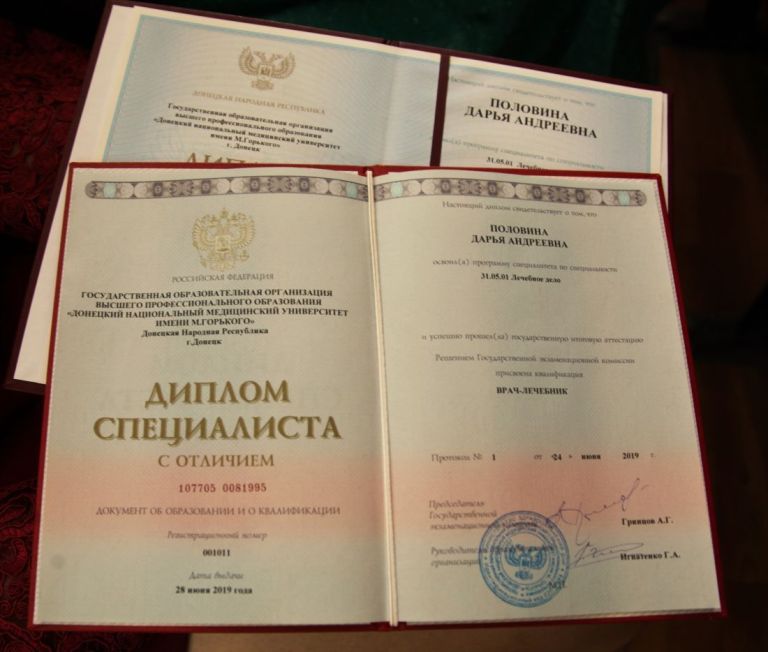 It was earlier reported that out of 18 "educational organizations of higher professional education" controlled by the militants, 8880 people graduated in 2018. Out of them (according to the doubtful schemes – OstroV), 260 people received diplomas in the universities of the Russian Federation, what accounted for only 2.9% of the total number of the so-called "graduates". The rest received the unrecognized "diplomas" of legally non-existing universities with a coat of arms and seal of the "DNR".