Militant tossed a grenade into a minibus in occupied Makeyevka, two people died. 62.ua website reports about that with the reference to eyewitnesses.

The tragedy took place today on February 17th in Makeyevka on the shuttle bus route No. 6 to Plekhanov.

As eyewitnesses reported, "a drunken militant began to swarm into the bus but the driver didn’t let him in." Then enraged gunman suddenly tossed a grenade.

"Due to the explosion the driver's head was torn off and "militant" lost his leg and arm and eventually died," - said the statement.

This information was also confirmed by social network users, who have posted photos from the accident site. 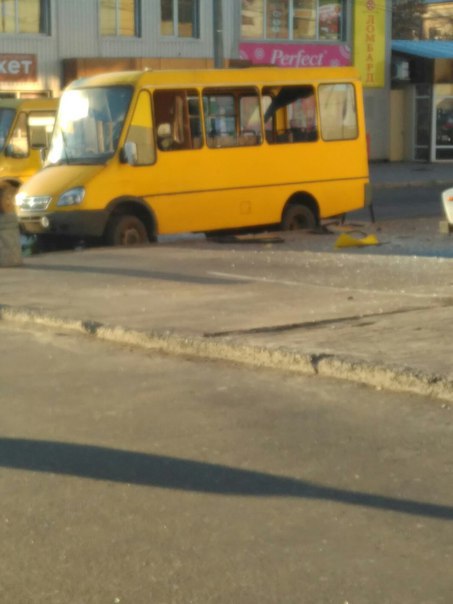 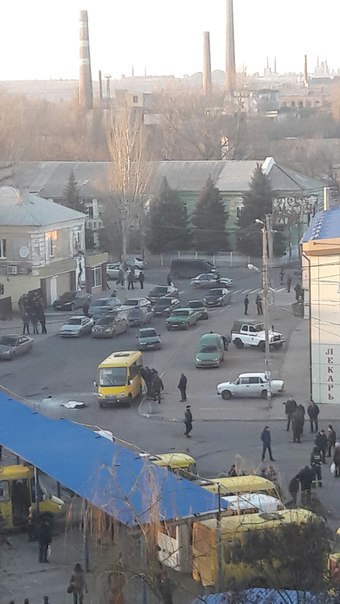 Photo shows the covered corpse next to the minibus