Representatives of non-governmental organizations that deal with the rights of internally displaced persons hold an open press conference near the Cabinet of Ministers, - correspondent of OstroV reports.

The purpose of the action is to state the problems of internally displaced persons and residents of the occupied territories.

They hold posters "Build bridges, not walls", "Our relatives are not "scums"(meaning offensive statements by the Minister of Social Policy regarding the residents of the occupied territories - OstroV), "Hopes are destroyed, like houses", "Stop disintegration strategy".

"We are confident that the Cabinet of Ministers may have time to build a bridge to future reintegration instead of strengthening the wall", - she added.

The organizers of the action also set a symbolic "wall" of bricks in front of the government building, thus calling on officials to "build bridges instead of walls".

They require the Cabinet of Ministers to simplify the procedure for obtaining pensions and social benefits for IDPs and residents of the occupied territories, as well as to develop a system of compensation for destroyed housing in Donbass and simplify the procedure for crossing the line of contact with the occupied territories. 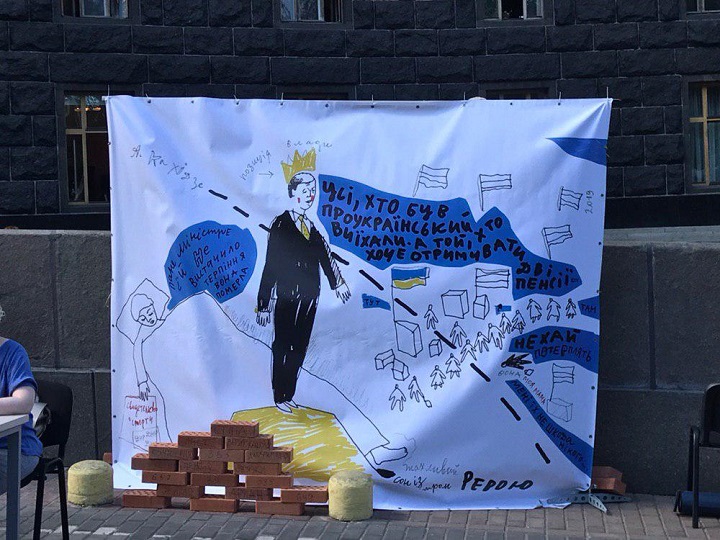 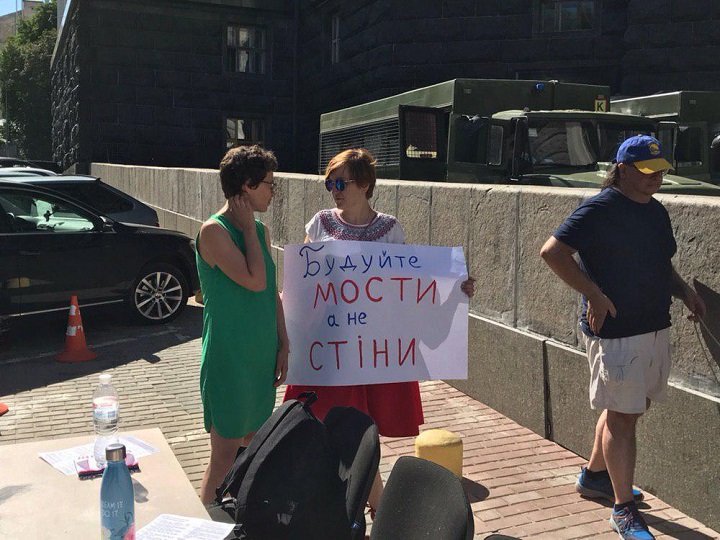 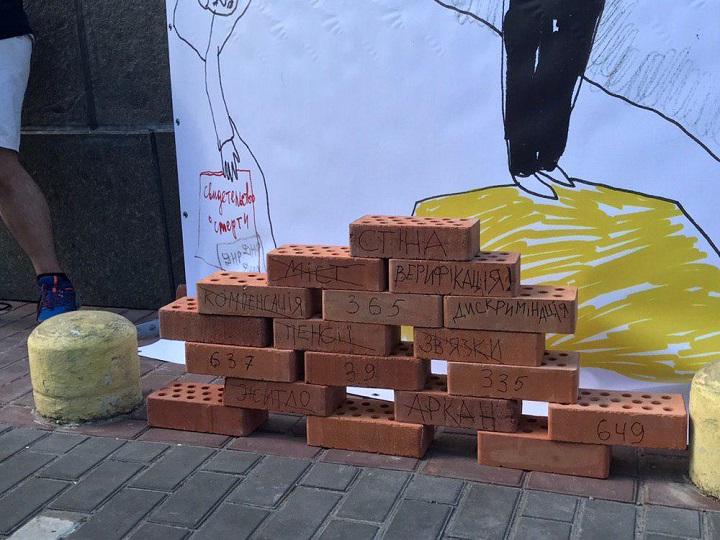 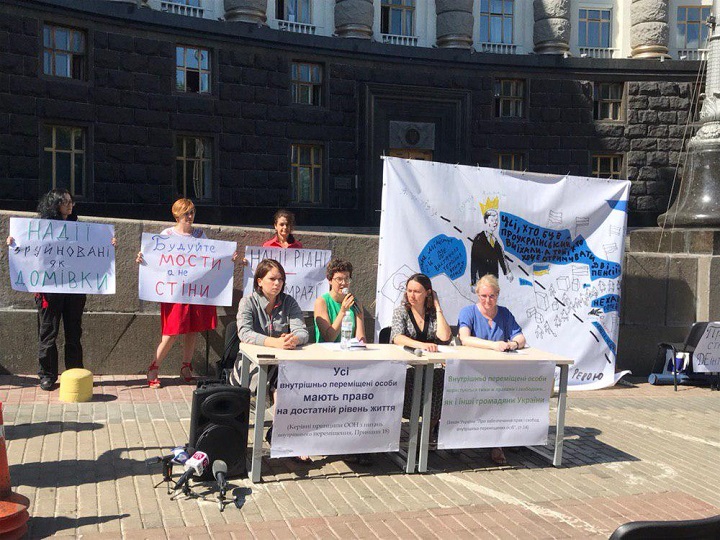