The Prosecutor General's Office and Security Service of Ukraine have detained leader of the fake "Central Election Commission of the DNR" Roman Lyagin for organizing and conducting the so-called "DNR" referendum in May 2014. This was reported by Attorney General Yuriy Lutsenko on his Facebook.

"The PGOU and SBU detained the head of the "Central Election Commission of the DNR", who organized and conducted the so-called referendum of the DNR in May 2014. Citizen Lyagin is charged with treason. Payback comes to everything", - Lutsenko wrote.

The so-called referendum on independence of the "Donetsk People's Republic" was held on May 11, 2014. No civilized country in the world recognized its results, nevertheless, the residents of the region came to the polling stations and supported the "independence" of the pseudo-republic. Roman Lyagin in 2014 was responsible for holding the fake "referendum" on the formation of the "DNR" and for counting of votes.

In 2016, he was relieved of the "position" of head of the "CEC". The militants reported in social networks that Lyagin managed to be "on the basement" and then fled to the annexed Crimea. 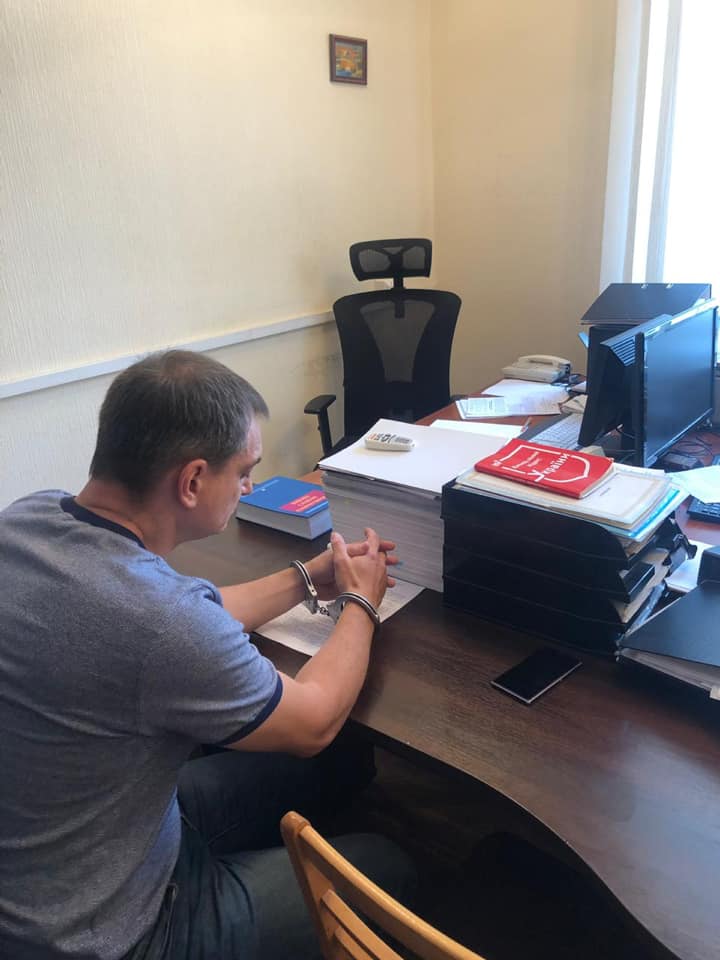