The second "gravestone" of Russian President Vladimir Putin was installed in St. Petersburg. This was stated in the PYATNITSA telegram channel, which is being led by activists of the "indefinite protest", -Dozhd TV channel reports.

It is reported that there are "dates of life" (1952-2019) on the "gravestone" and it says "The political corpse in the Russian Federation".

"It seems that this way of expressing your disappointment with the president is becoming a tradition in Russia. Indefinite protest", - the statement said.

The activists did not specify the exact place of the "gravestone".

The report reminds that on April 3, Putin's "gravestone" with the inscription "Betrayed the Russian people" was installed near St. Isaac's Cathedral. According to the AgitRussia activists, the installation means that "Putin died for Russian citizens for the adopted anti-national laws, constant lies and abominable rule". After that, activist Andrey Zheksimbayev and press secretary of the AgitRussia movement Grigoriy Kudriavtsev were detained. Zheksimbayev was arrested for nine days, he was found guilty of organizing the event "without giving a notice". 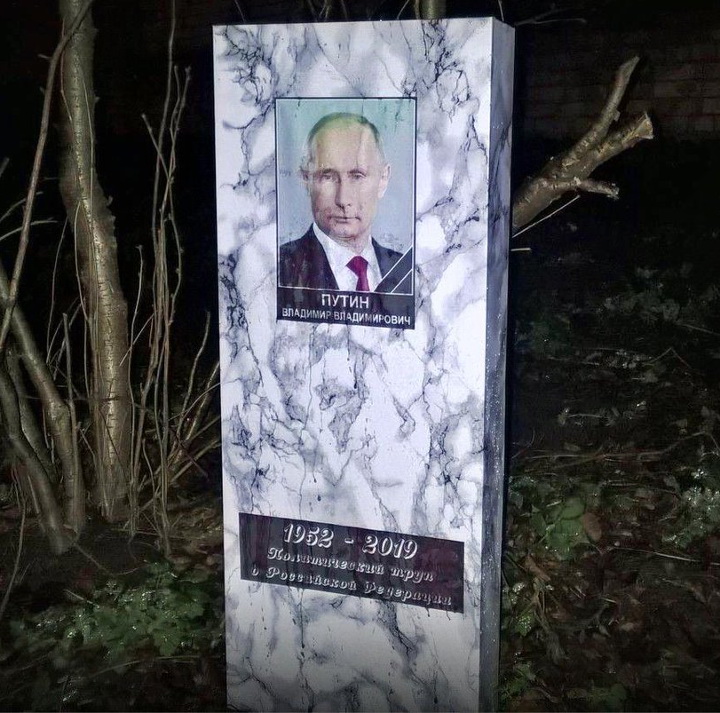