Five people died in a road traffic accident near the Marinka checkpoint on February 5, - the Right to Protection charitable fund reports.

At about 11:00, a traffic accident occurred near the Marinka checkpoint: Lanos and Chevrolet cars collided.

As a result of the accident, all four Lanos passengers died (the car with gas equipment caught fire after the collision). A driver and three passengers survived in Chevrolet, one woman died. Two injured in critical condition have already been hospitalized in the hospital in Kurakhove. The driver and another passenger will also be taken to the hospital.

The preliminary cause of the accident - poor visibility on the road because of fog.

As specified by the press service of the general directorate of the State Emergency Service of Ukraine in the Donetsk oblast, the accident occurred between Marinka and Kurakhove. Firefighters eliminated the car fire at 11:27. 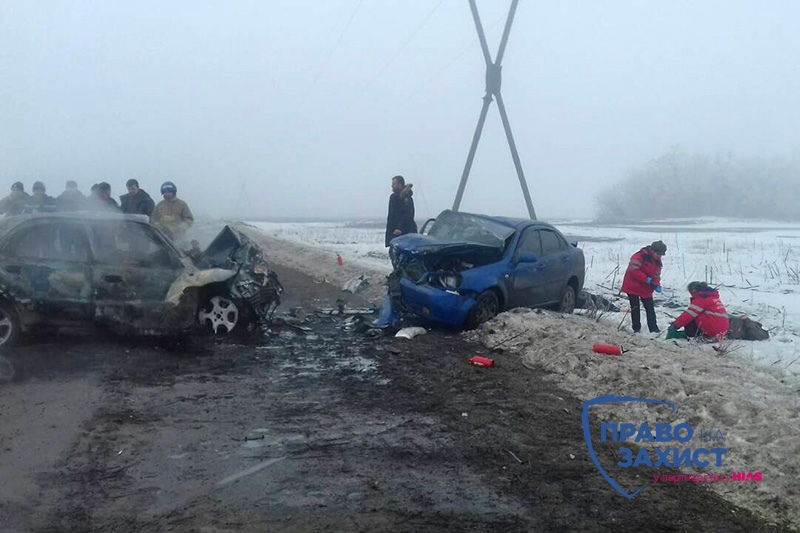