After 4 years of forgetting, the banned Party of Regions has resumed the work of its party website. This is stated in a message on the revived "official website".

It is noted that "this happened thanks to the efforts of initiative group consisting of members of the Party of Regions, who did not leave the party and cherish the hope to reanimate this political project".

The website of the banned political force announces holding of "meetings of initiative groups in all regions" and calls all who "are tired of the oligarchs' dictate, total corruption and chaos in the country" to join the Party of Regions.

Specific surnames of "regionals" working in the underground are not called. 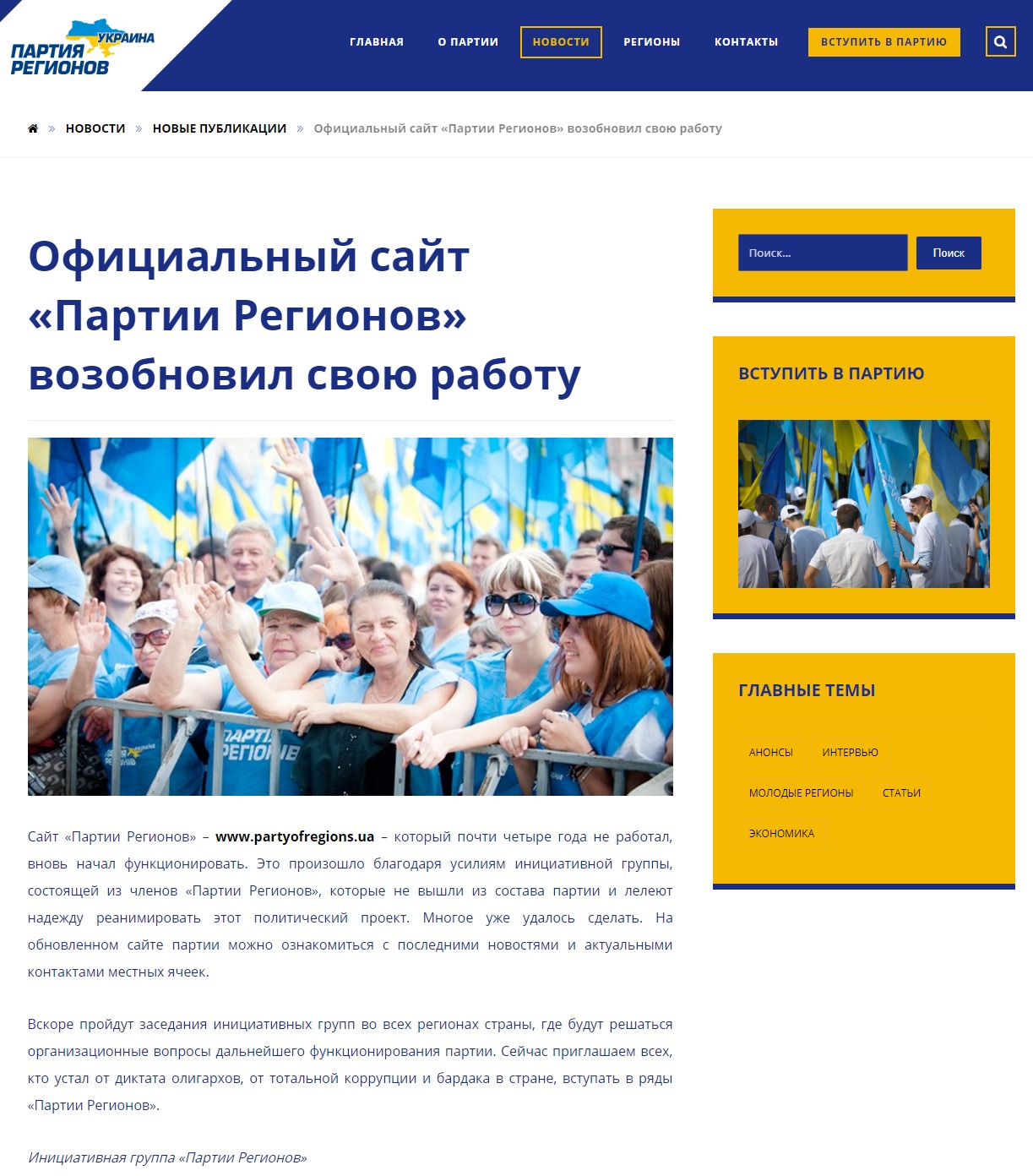 Earlier, former deputy from the Party of Regions Olena Bondarenko congratulated her colleagues on the 21st anniversary of the Party of Regions. "The only party membership card I had and have is the Party of Region's)… Happy birthday, Party of Regions! We had everything - both good and bad. And exactly when the "bad" times come, the spirit, commitment to principles and ability to defend our common values are being "tested". Of course, they can ban the party, but not the ideas that the party promoted", - she wrote on her page in social network.