The Oktyabrsky District Court of Mariupol has sentenced the so-called "Minister of Finance of the DNR" in absentia to ten years of imprisonment. This is reported by the press center of the SBU.

As established by Ukrainian law enforcement officers, since November 2014, the resident of temporarily occupied Donetsk has headed the fake "Ministry of Finance" of terrorists and actively promotes the criminal activities of illegal armed formations.

"The plotter is engaged in raising funds to the "republican budget", fulfills the instructions of ringleaders of the militants and Russian curators, ensuring the functioning of financial system of the pseudo-organization along with the "power block", - the report said.

The court found the malefactor guilty of committing a crime under Part 2 of Art. 258-5 and Part 3 of Art. 110 of the Criminal Code of Ukraine and imposed a sentence of ten years imprisonment. The beginning of the term of serving the sentence will be calculated from the day of detention and execution of the court sentence.

The convicted woman was put on the wanted list. The disclosure of the malefactor was carried out in conjunction with the prosecutor's office of the Donetsk oblast.

The SBU does not name the convicted, but Yekaterina Matiushchenko is listed as "Minister of Finance" in the occupation administration of the "DNR".

As OstroV previously reported, Matiushchenko is one of the few who has joined the "government" of the "DNR" from the first day of its existence, i.e. from May 16, 2014. At the beginning of military conflict in the Donbass, she issued legal acts on behalf of the illegitimate "Ministry of Finance" and organized the collection and receipt of financial assistance for the militants of the "republics". 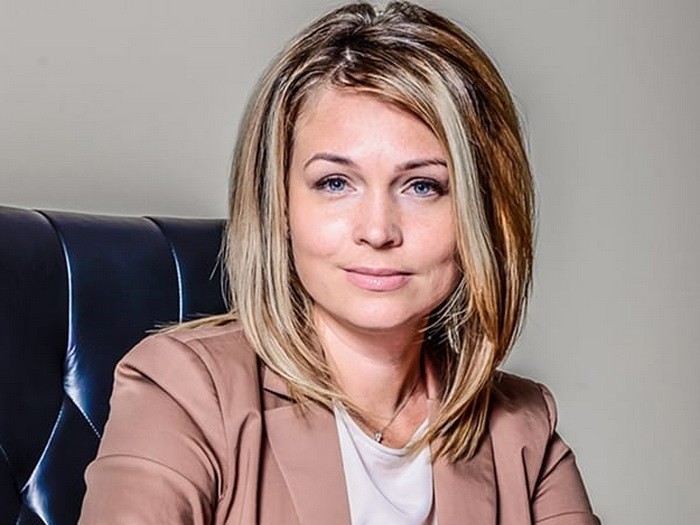