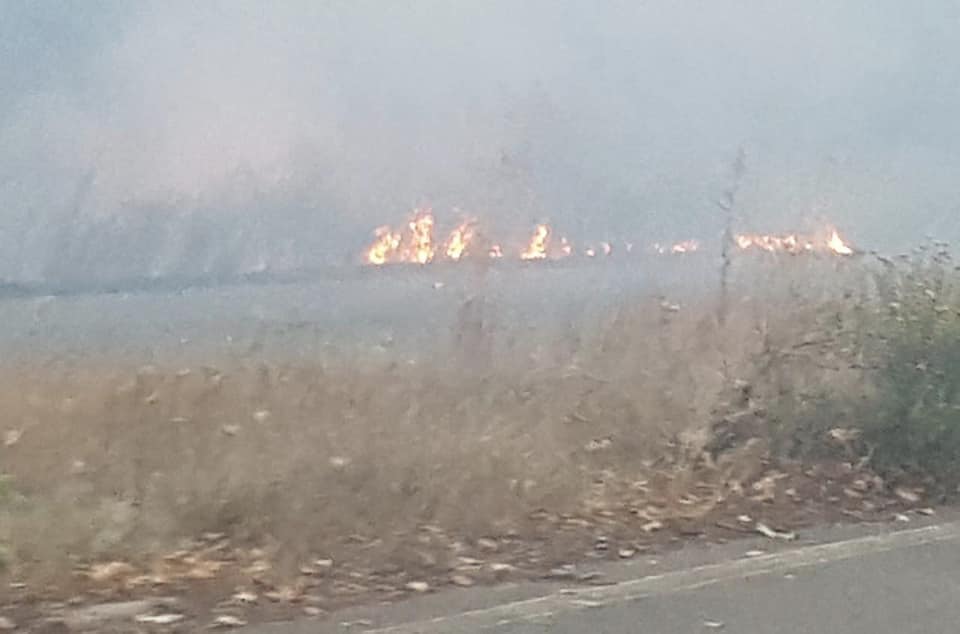 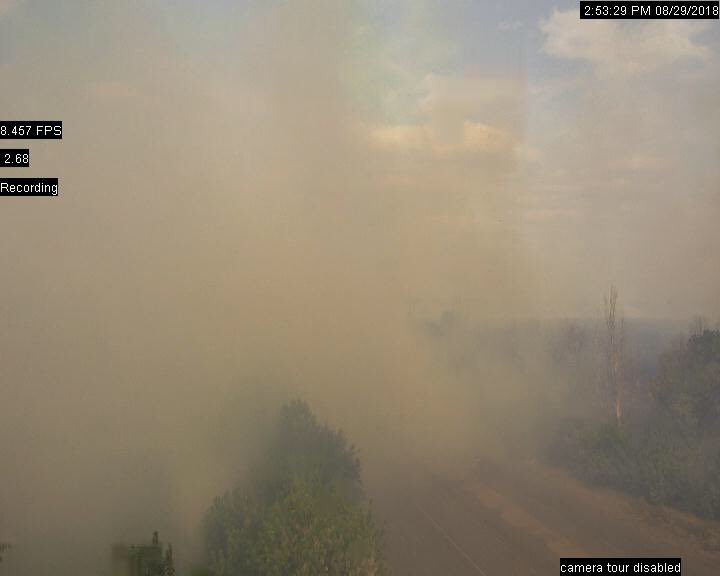 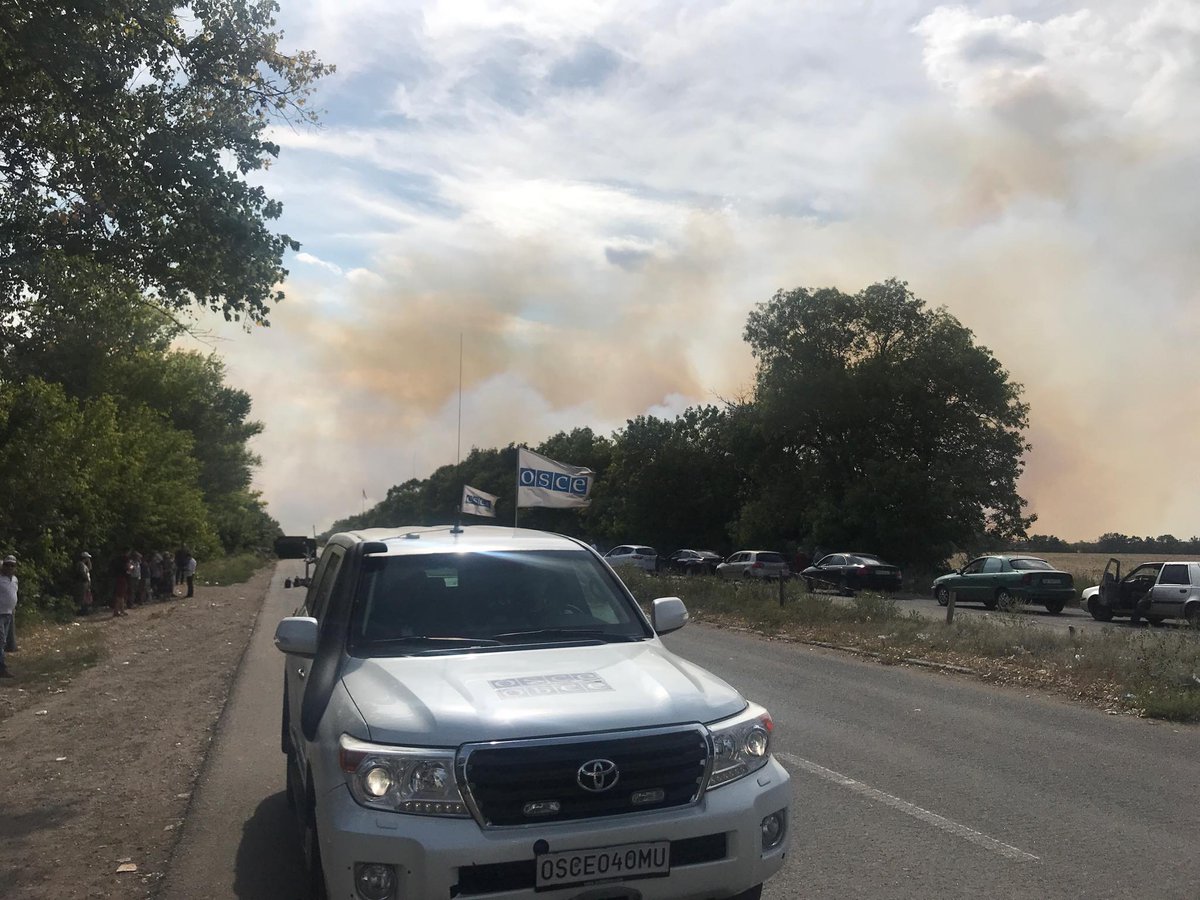 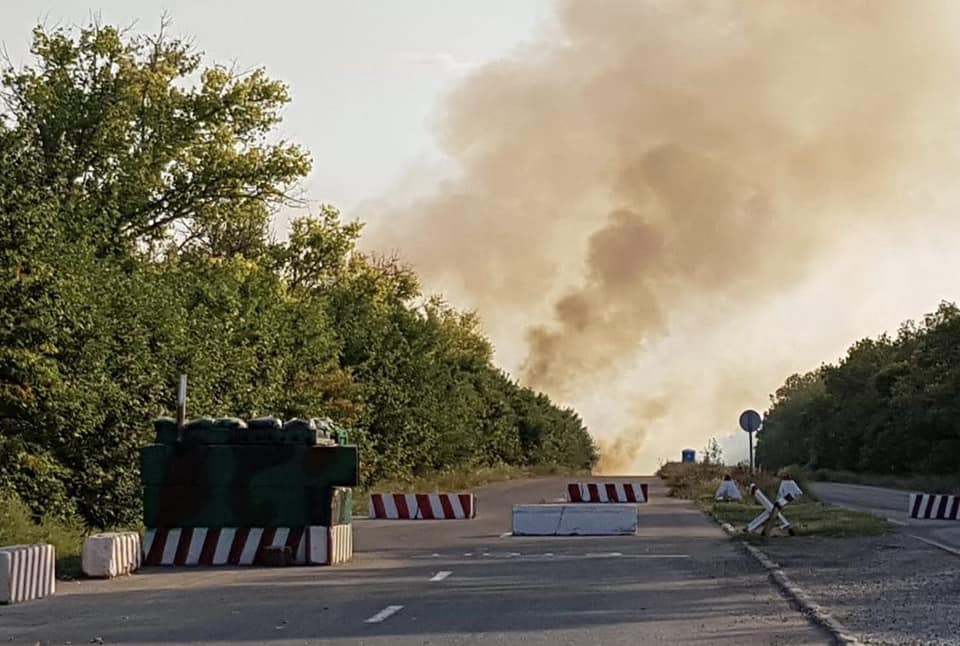 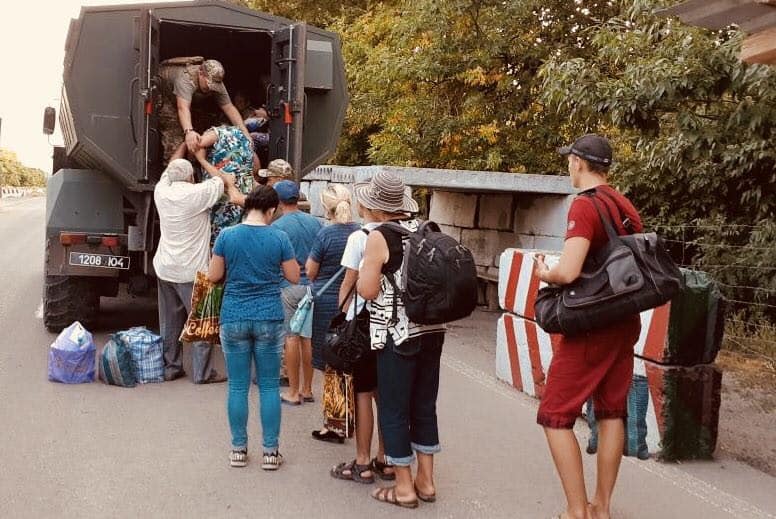 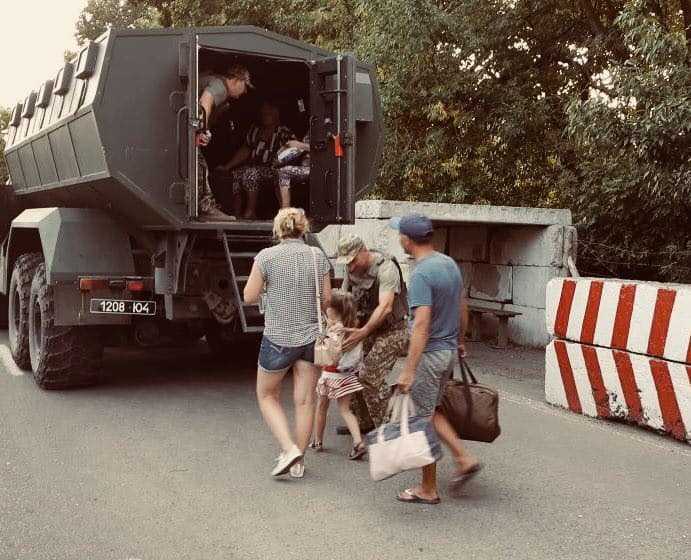 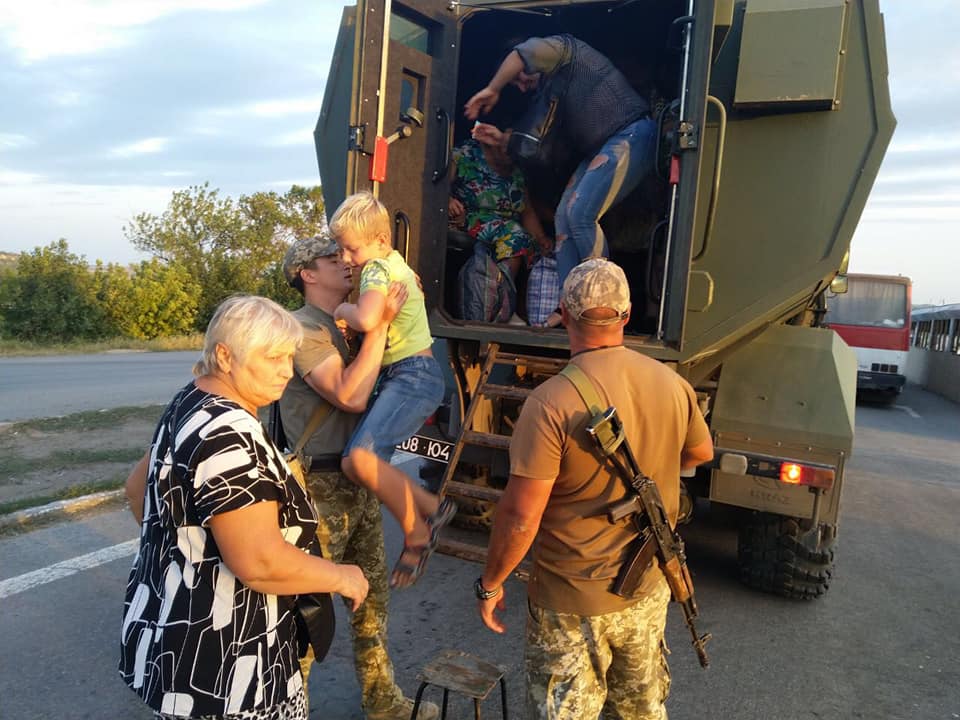 A fire in the steppe began yesterday near the control posts Berezove 1 and Berezove 2 in the region of Novotroitske checkpoint. As a result, mine belt and unexploded ordnance detonated.

By the decision of the Joint Forces' commander, the "Red" regime was introduced and entry/exit operations were temporarily stopped at the Novotroitske entry-exit checkpoint in connection with fire. The border guards in special transport evacuated all people who arrived from temporarily occupied territory of Ukraine to a safe place.

At the moment, fire near the Novotroitske checkpoint is not localized due to the constant detonation of explosive objects.