A Ukrainian Orthodox Church cross procession marking the 1030th anniversary of the Baptism of Kyivan Rus was held in downtown Kyiv, Unian reports.

After the prayer service on Volodymyrska Hirka, believers moved across Yevropeyska Ploscha and along Hrushevskoho Street toward the Kyiv Pecherska Lavra.

The column was headed by the Primate of the Ukrainian Orthodox Church, His Beatitude Metropolitan Onuphry, followed by the clergy of the UOC with banners and icons and representatives of local Churches, as well as representatives of state authorities, ambassadors of Orthodox countries and tens of thousands of believers. According to preliminary estimates, no less than 100 thousand people took part in the festive procession.

In the procession, numerous sacred objects were carried, some of which were specially delivered to Kyiv the day before. Among them - the icon of St. Andrew, which was delivered from Greece via the Dnipro river. Many pilgrims also held icons of the saints of the Orthodox Church. 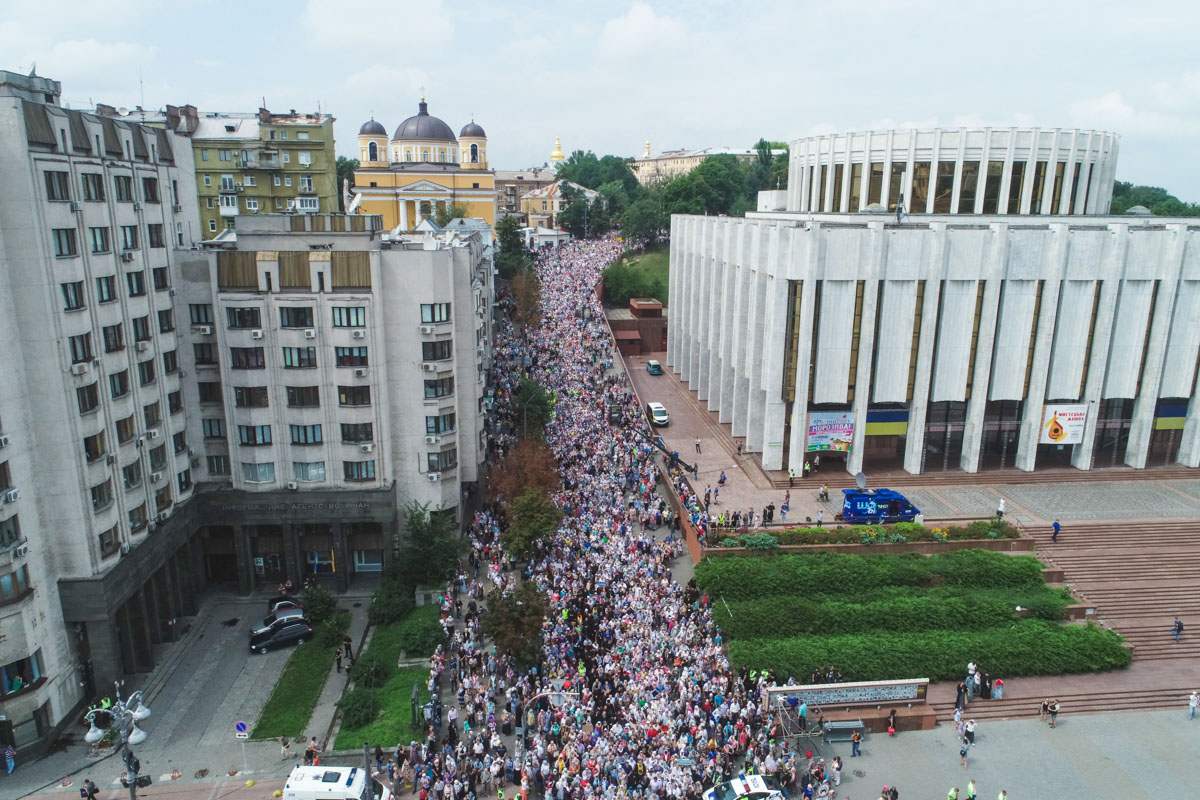 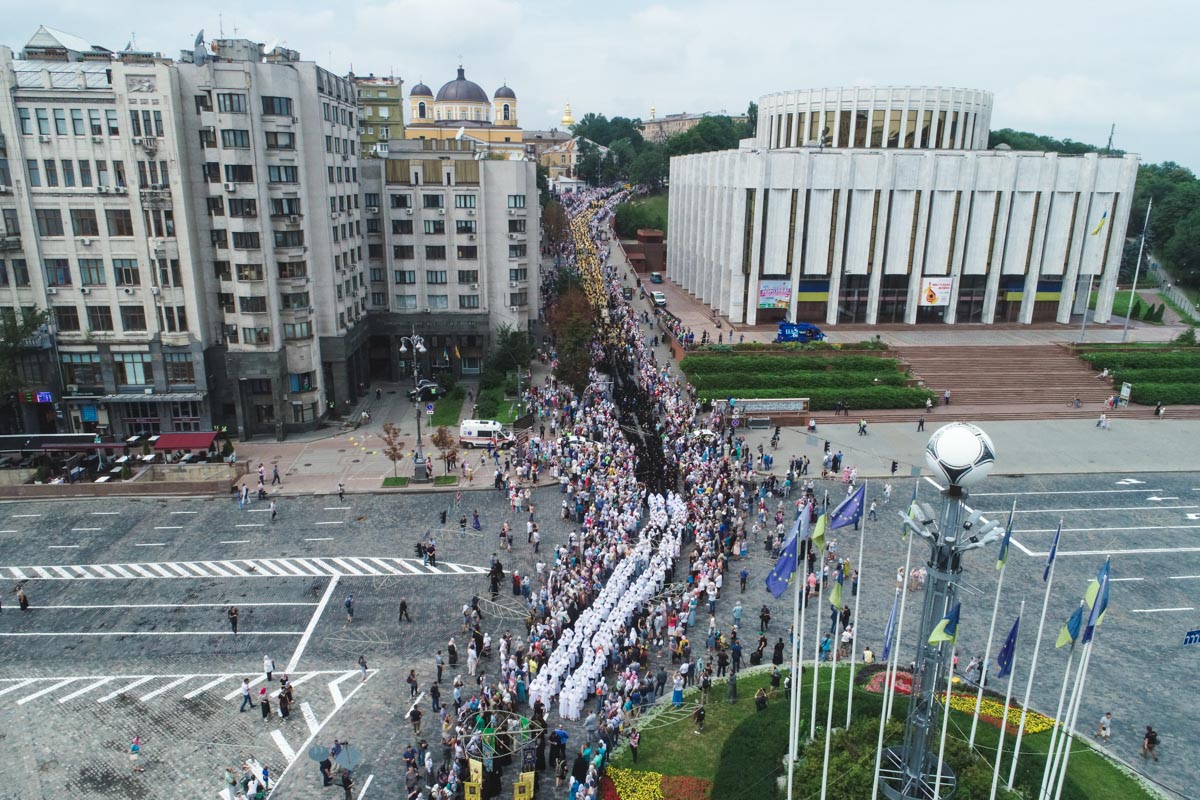 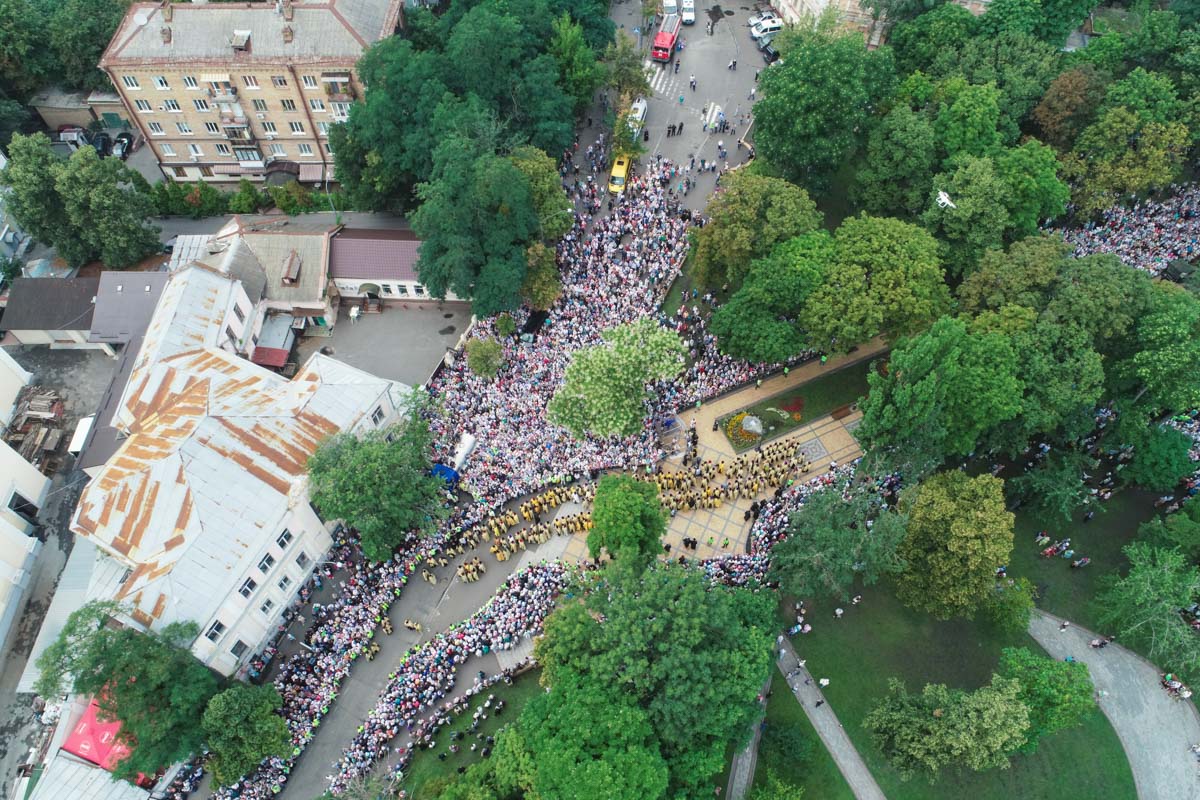