The Russian Rostov-based court started hearing the case of Ukrainian political prisoner Pavlo Hryb today. As reported by Censor.NET, Hryb said he did not admit his guilt after the prosecutor had read out the indictment.

It took the prosecutor six minutes to read out the indictment saying that Hryb acted under pressure from a certain Stefan Kapinos, whom he met in 2013. In 2017, Pavlo met with Tatyana Yershova, a Russian schoolgirl from Sochi. While talking via Skype, the schoolgirl allegedly said that she hates her teachers, schoolmates and all the Russians in general. Investigators believe Hryb was drawing her on to make a bomb and detonate it at a school assembly. The prosecutor says that Yershova was willing to do this but she never did.

Hryb is indicted on charges under part 1 of article 205.1 of the Russian Criminal Code – inducing a person to commit a terrorist attack.

After the indictment was announced, Hryb said: "I totally disagree with the accusations since the investigation has made critical mistakes that do not allow to substantiate this indictment to have enough grounds for prosecution".

His lawyer, Marina Dubrovina, added that serious violations were committed during the investigation which made further trial impossible.

Earlier, Ukrainian reserve officer Ihor Hryb announced his son Pavlo Hryb was kidnapped by Russian FSB in Belarus: "FSB had lured Pavlo to Gomel under the guise of meeting a girl, and detained him". On August 24, 2017, Pavlo Hryb, aged 19, left for Belorussian Gomel to see a girl he met through social media, without knowing her personally, the father wrote. The girl was supposed to come from the Russian Federation. Pavlo was to return home on the same day, but he didn't. His father went to search for his son in Gomel the next day, and found that Pavlo was wanted by Russian FSB for a terrorist attack. The father said his son was an avid user of social media and intolerant to the "enemies of his motherland". This might have caused the reaction of the FSB, Hryb believes. Russian investigators claim that Hryb is a supporter of radical nationalist views and is charged with persuading his female acquaintance from Krasnodar to blow up a self-made explosive device during a school year end ceremony at Sochi-based school. 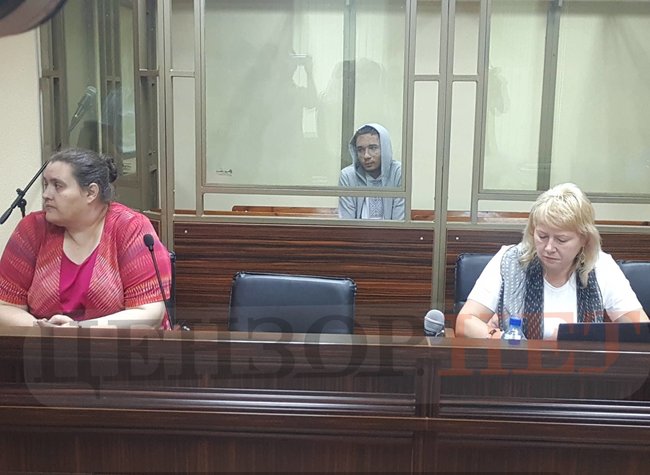