Oleh Zhdanov: Sievierodonetsk has fulfilled its task. We exhausted the enemy and inflicted huge losses on him
07/01/2022 13:02
Home
News
Sport 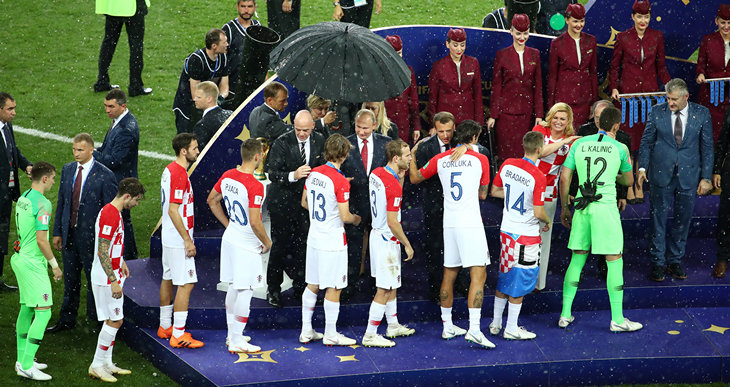 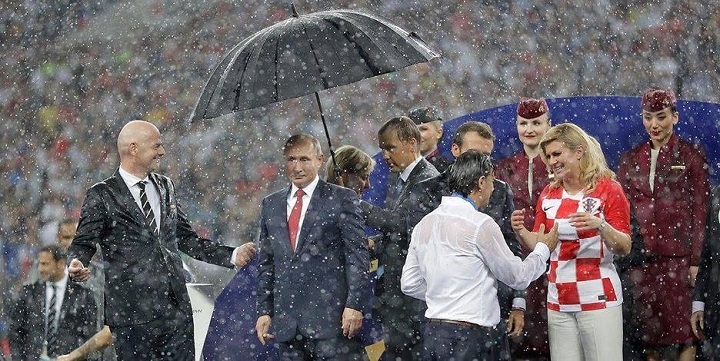 The downpour that accompanied the ceremony of awarding the winners of the 2018 World Cup showed the true essence of the "hospitality" of the hosting country. Putin's servants hurried to open the umbrella only over the Russian presidents, while the presidents of France and Croatia for some time remained standing under the downpour. Some minutes later, the organizers of the World Cup remembered to show common decencies and opened umbrellas over the VIP guests, who have already gotten wet. Moscow, July 15, 2018