Action in support of Sentsov and other political prisoners of the Kremlin is being held near the Presidential Administration in Kyiv (PHOTO) 05/22/2018 15:03:54. Total views 628. Views today — 0.

An action in support of Ukrainian film director Oleh Sentsov and other political prisoners of the Kremlin is being held near the Presidential Administration in the center of Kyiv, - correspondent of OstroV reports.

The organizers of the action demand from the Ukrainian authorities to do everything possible in order to release the Ukrainian hostages in Russia and to report on what work is being done in this direction. 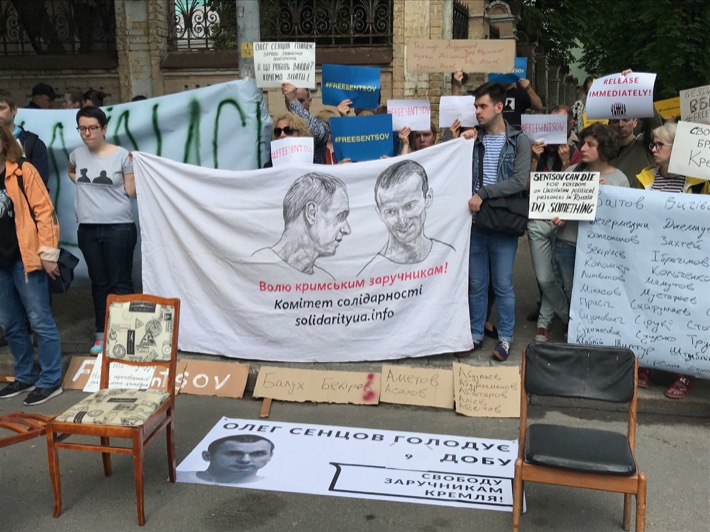 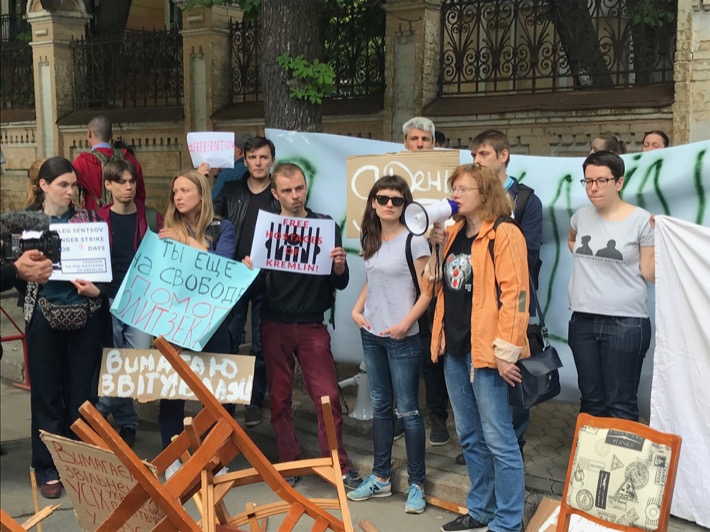 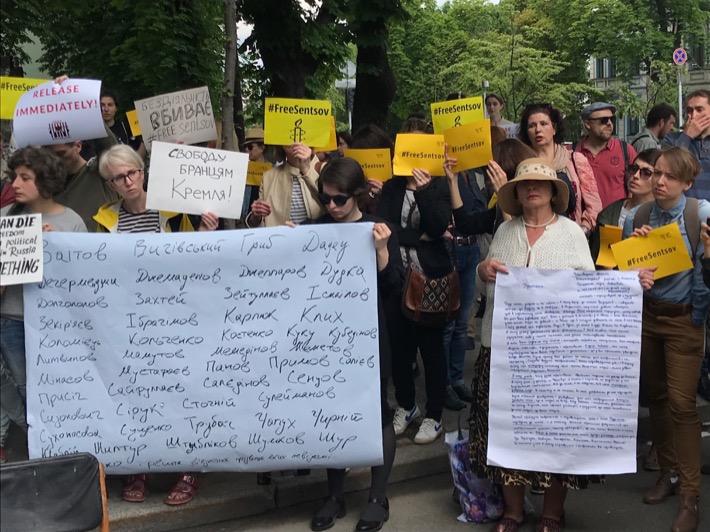 As previously reported, Ukrainian film director and political prisoner Oleh Sentsov, who is serving time in a colony in Yamal, went on a hunger strike.