Fake ex-minister of transport of the "DNR" Semion Kuzmenko has said that people of the occupation minister of revenues and duties Alexander Timofieyev ("Tashkent") "arrested" him, putting a bag on his head, and interrogated in a garage. He wrote this in social networks.

"Regarding yesterday's arrest, the reason for detaining was criticism of the republican authorities and discontent with the course given to us. I was kidnapped from the yard of my house by one of the units of Tashkent, brought to some garage with a bag on my head, interrogated and demanded assistance with the conventional law enforcement agencies. The criticism of the Tax administration, MIA, Timofieyev and Kazakov in particular raised ire. Threats of physical elimination, a ban on traveling outside the Republic were sounded", - he told without specifying how he became free not a day afterward the "arrest".

According to Kuzmenko, the interrogators were interested in the activities of one of the militants of Russian Spring in Donbass Andrei Purgin, who was "the chairman of the DNR parliament". "The activity of my friend Andrei Purgin, who is suspected of preparing an armed rebellion, aroused great interest", - the former self-proclaimed "minister" stated. 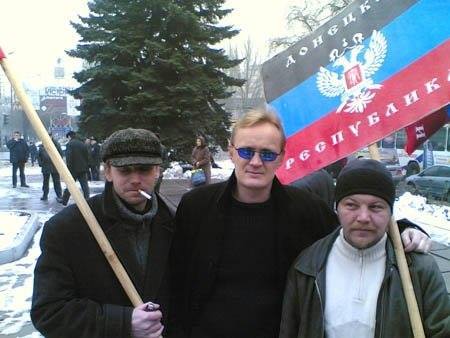 According to Kuzmenko, he himself is going to leave the occupied territories for Russia in the next few days "because of the threat to life and health".

As previously reported, former minister of the occupation government Semion Kuzmenko was arrested in the "DNR" on Thursday. Since 2014, he took an active part in the separatist rebellion and contributed to the Russian occupation of Donbass.