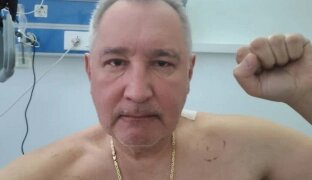 Petro Poroshenko, the President of Ukraine, intends to submit the draft law on the stop of the particular points of the Friendship Treaty with Russia to the parliament. He claimed this at 11th Kyiv Security Forum, OstroV’s correspondent reports.

“In such terms, the next step is the submission of the draft law on the urgent unilateral stop of the action of the particular points of the Friendship Treaty between Ukraine and Russia, in the part where the acting of the current treaty is incompatible with the national interests of the state and implementation of our Ukrainian right for the self-defence”, - Poroshenko noted.

He also thinks that the agreement cannot be terminated completely

“Why we cannot terminate this treaty but only stop the action of the particular points? Because there are other clauses, important for Ukraine, in which the sides “respect the territorial integrity of each other and confirm the inviolability of the existing borders between them”, - Poroshenko explained.