The occupation authorities of the "LNR" recognized that their unfounded accusations of the AFU in alleged shelling of medical facilities are not taken seriously by the world community. This fact was stated by Ivan Klevak, who calls himself "Senior Officer of the Medical Service of the LNR People's Militia".

"It's surprising that the OSCE, the International Committee of the Red Cross and the UN have not paid attention to these criminal acts committed by Ukrainian executioners", - the separatist media quoted him as saying.

The military physician of terrorists refers to the alleged hitting of an antitank missile projectile into the ambulance lorry on April 1 and the alleged shooting of a medical post on April 7. However, all accusations against the AFU are unfounded and are not supported by any facts.

As OstroV has reported earlier, the information of the propagandists that the anti-tank missile destroyed an ambulance with a seriously ill fighter, turned out to be a gross falsification and provocation. Considering the fact that the shooting of an ambulance car is considered the gravest war crime, one would expect that the scene of the incident would be at least photographed, and various examinations would be conducted. The members of the OSCE SMM should have also been invited to the "crime" scene.

However, photographs appeared only two days later. In fact, they did not prove anything. They depicted several bloodied bandages and a snow-white bandage with a symbol of a red cross. 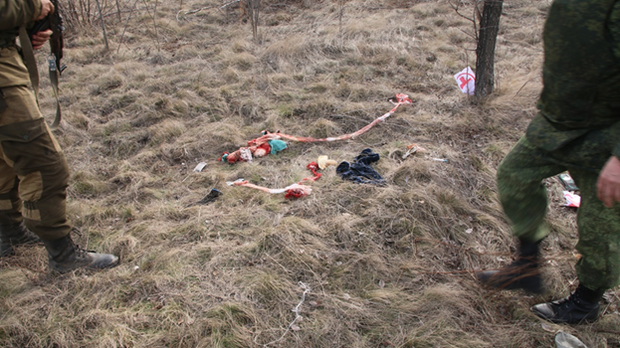 The second photo depicts the ambulance lorry, allegedly destroyed by the AFU fire. But the car was photographed from afar. The focus is on trees, everything else is blurry. 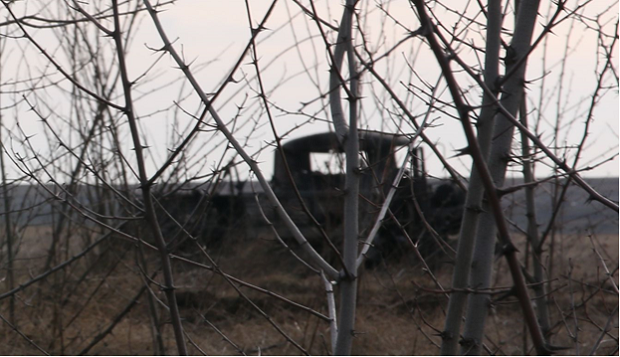 There are no references to the shelling of an ambulance car in the occupied territory of the Luhansk oblast in the daily reports of the SMM OSCE. At OstroV’s request, the Mission responded that "the SMM observers are trying to clarify the information". However, the OSCE stressed that "the Mission reports only on established facts" and suggested using the data that "is presented in daily reports accessible to the general public on the OSCE website in three languages ​​(English, Ukrainian and Russian)".

Judging by the absence of the alleged shelling of the ambulance by the AFU (both on April 1 and 7) in the above-mentioned reports, the Mission did not establish the reliability of these facts.