The State Security Department installed special equipment for the inspection of personal belongings and baggage of deputies and visitors of the Verkhovna Rada, according to Ukrainski Novyny.

In particular, they installed a Rapiscan (X-ray unit) at the central entrance, through which most of the deputies enter, in addition to the metal detector. 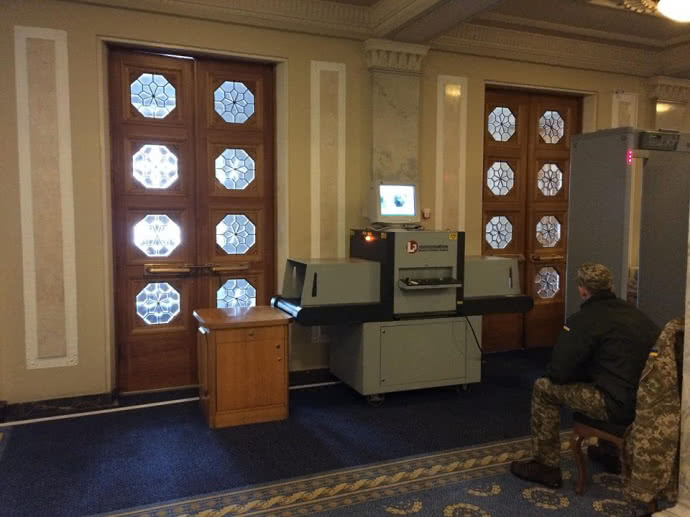 According to an employee of the State Security Department, such equipment is located at all roadblocks on entrances to the parliament building.

At the same time, he noted that if a deputy does not want his personal belongings to be inspected via special equipment, the guard does not have the right to force him or her to do it.

As previously reported, the Verkhovna Rada adopted a law on the procedure for access to the parliament, which legitimizes the passage of people's deputies through the metal detectors.