Employees of the SBU together with the PGOU have detained a businessman from the "DNR" in Kharkiv for financing terrorism, - press center of the department reports.

Operators of the special services established that the businessman is owner of one of the largest food market networks in the temporarily occupied territory of the Donbass. In particular, the businessman established a mechanism for the supply of food and tobacco products from the territory of the Russian Federation. Part of the products went directly to the needs of illegal armed formations of militants.

The law enforcers documented that the businessman, who is also "sitting politician" of the Horlivka City Council, was one of the ten largest taxpayers in the "budget" of the pseudo-republic.

Employees of the Security Council of Ukraine detained the intruder in Kharkiv, where he arrived on private business. During the searches in Kharkiv apartment of the businessman and the place of residence of his relatives, law enforcement officers seized the documentation and electronic media with evidence of terrorists' financing. 50 thousand US dollars, 150 thousand hryvnia and bank cards with funds received from illegal activities were also found.

In the framework of criminal proceedings opened under Part 1 of Art. 258-3 of the Criminal Code of Ukraine, the detainee was declared suspected of committing a crime. The court elected him a measure of restraint in the form of detention without an alternative of bailment. The pre-trial investigation continues.

At the same time, it is reported in NovaGorlivka public on Twitter that the detainee is a well-known local businessman Pyanykh Igor, the head of OOO Vitel and deputy of the City Council.

Also, the detainee was included in the base of Myrotvorets as an accomplice of terrorists. 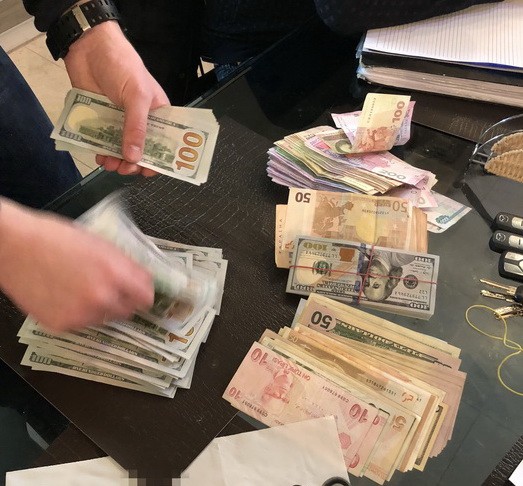