Workers of the mines that are part of Selidovuhol state-owned enterprise continue the hunger strike in the premises of the Ministry of Energy and Coal Mining of Ukraine for the sixth day. This is reported by chairman of the Independent Trade Union of Miners of Ukraine Mykhaylo Volynets on Facebook.

"The protest action of miners of Selidovuhol state-owned enterprise continues in the premises of the Ministry of Energy and Coal Mining for the sixth day. On February 21, they announced an indefinite hunger strike. All this time, the department's management pretends that nothing is happening and frankly ignores people", - he wrote.

According to him, deputy chairman of the ITUMU Natalia Levytska and chairman of the Free Trade Union of Medical Workers of Ukraine Oleh Panasenko visited the miners at the weekend. "Some people had to be provided with medical care. Head of the city department of the ITUMU of Selydove and Novohrodivka Viktor Trifonov and chairman of primary documentation of the Kurakhovska mine Aleksey Soroka had high blood pressure. The protesters are also suffering from the cold, since the building of the Ministry of Energy and Coal Mining is not being heated. People have eaten nothing for the sixth day, in addition, they feel cold. Add to this the fact that they are in the same clothes for several days, because when they left for Kyiv, they did not take a spare with them, because they did not think that they would have to resort to such radical step, as hunger"- Volynets noted.

As previously reported, the miners of Selidovuhol state-owned enterprise started a protest action on the morning of February 14. That day, the protesters blocked the road.

It was reported on February 19 that three mines of Selidovuhol state-owned enterprise – 1/3 Novohrodivska, Kotliarevska and Ukrayina - continue to stand idle in connection with the protest action of the miners.

Vice Prime Minister of Ukraine Volodymyr Kistion reported on February 16 that about $13.5 million hit the treasury accounts to pay debts on wages to miners.

On February 21, the workers of the Selidovuhol mines announced an indefinite hunger strike at the premises of the Ministry of Energy and Coal Mining of Ukraine. 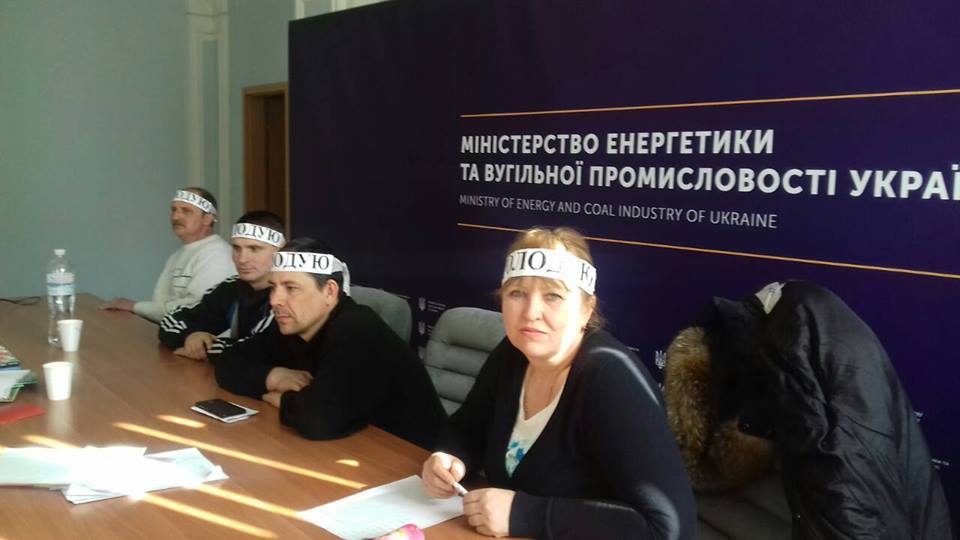