The so-called "Chairman of the National Council of the DPR" Denis Pushilin inspected Stirolbiopharm belonging to the Hero of Ukraine Nykolay Yankovskiy, that pays taxes to the "budget" of the terrorist "DPR". Gorlovka.ua reports about it.

Denis Pushilin emphasized on the behalf of the fake "republic" the importance of the enterprise and confirmed that Stirolbiopharm (Gorlovka) paid taxes to the budget of the "DPR".

"The importance of the enterprise work may be considered at least from two sides. From one side, it is important for the Donetsk and Luhansk People's Republic due to the medical products that are produced here. From another side it is, of course, the issue of taxes and filling the budget. The company operates and expands the distribution market, that is very important for us. It should be noted that the Ministry of Economic Development helps a lot,"- said the leader of the separatists. 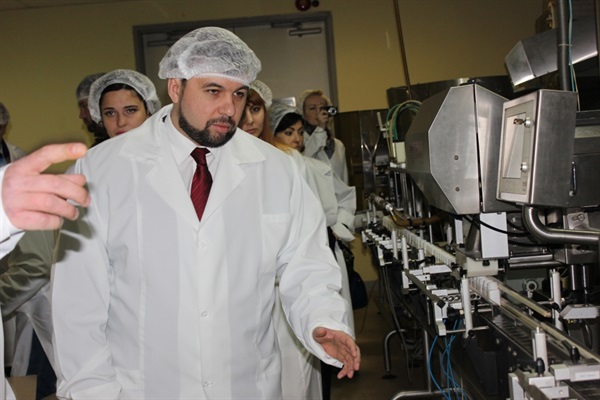 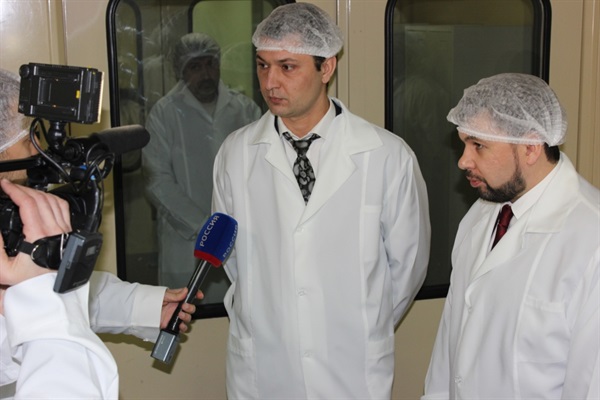 This is not the first "working visit" of the leaders of the self-proclaimed "republic" to the enterprise of the Hero of Ukraine – Stirolbiopharm was visited by the so-called "Minister of Economic Development" of the DPR" Evgeniya Samokhina in the autumn of 2014.

Nikolay Yankovskiy was a people's deputy of Ukraine several times. In 2013 he was awarded the title of the Hero of Ukraine "for outstanding personal achievements to Ukraine in the development of the chemical industry, production of competitive domestic products".

Before the Russian occupation of Donbass Yankovskiy said in the interview to Gorlovka.ua that Stirolbiopharm was "the pleasure of working" for him.

"I love to build and develop something, that’s why I kept pharmaceutical business and am involved in it. Of course, it would be possible to grow bigger, no problem with that. But I just want to develop something with which we started 17 years ago. We began very quickly and then the larger Stirol questions distracted us and we had to slow down a bit. Now we have decided to accelerate dramatically with a new look at things and new forces. But not create a group of some kind, I have already done it, I know how to create. But develop the enterprise. To develop, strengthen it and increase volumes, "- said the owner of the enterprise.