Businessman Rinat Akhmetov is still at the top of ranking of the richest Ukrainians, compiled by Novoye Vremia in cooperation with Dragon Capital investment company.

It is noted that 100 richest Ukrainians are even richer compared to last year. "This is a healthy sign that the national economy is recovering", - Novoye Vremia writes.

In particular, oligarch Rinat Akhmetov is in the first place, just as in the past year (his fortune is estimated at $6.9 billion, +68% to the previous year). 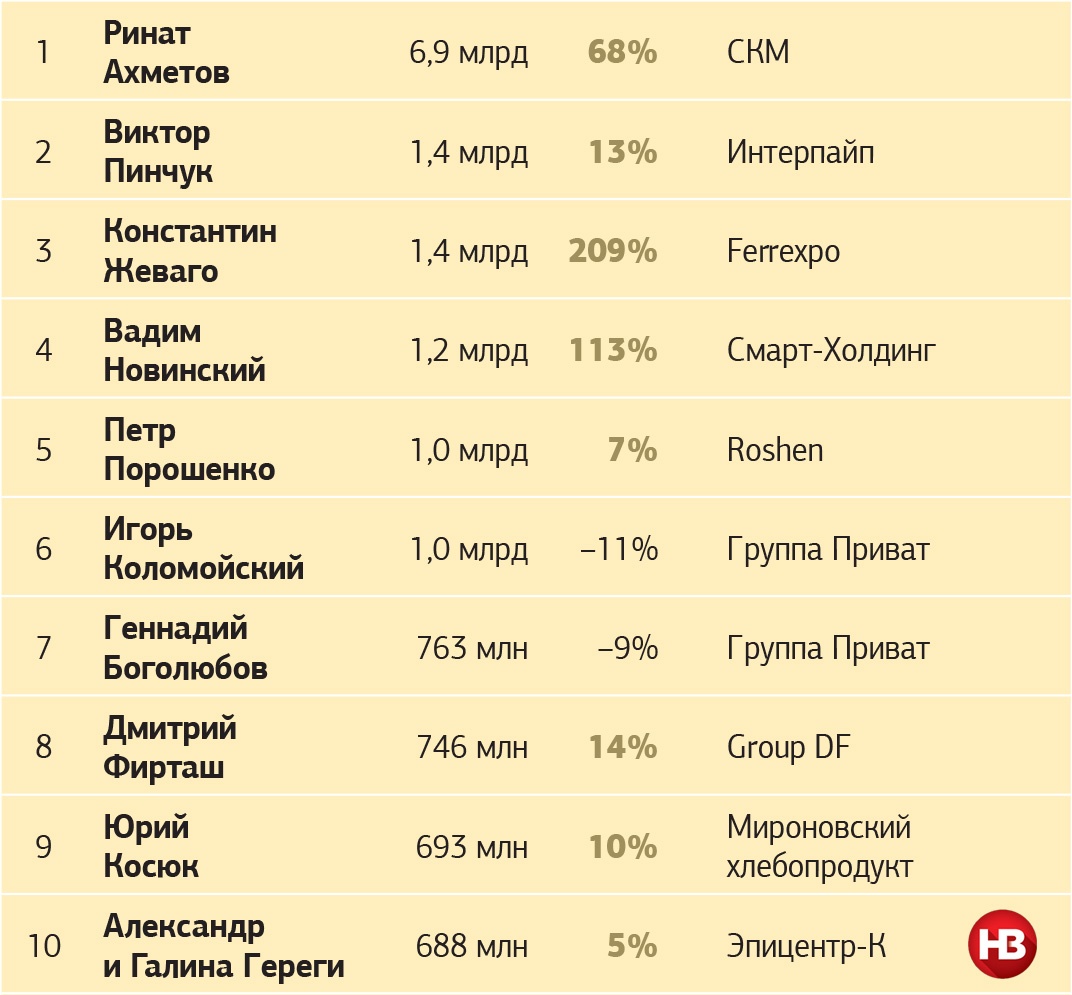