Several dozens of activists of the National Corps (Azov), Svoboda and Right Sector are picketing the Verkhovna Rada with a demand not to prolong the law "On the special order of local self-government in certain in certain regions of the Donetsk and the Luhansk oblasts", - the OstroV’s correspondent reports.

Yesterday, President Petro Poroshenko submitted to the parliament a bill that continues the Law "On the special order of local self-government in certain in certain regions of the Donetsk and the Luhansk oblasts" for another year (according to the current wording, it is valid until October 18, 2017).

"Today it turned out that the president does not plan to return the Donbass. Poroshenko's bill is unconstitutional, directly violating the current legislation of Ukraine", - the National Corps believes.

Activists are sure that the prolongation of the status of CDDLO can only lead to the "collapse of Ukraine".

"This bill does not solve the problem of the occupied territories in any way, it simply legalizes it. The status of CDDLO permanently legitimizes the center of separatism in Ukraine", - the National Corps says.

As it was reported earlier, on Wednesday the President submitted two draft laws to the Verkhovna Rada that concern the Donbass: "On the peculiarities of state policy to ensure the state sovereignty of Ukraine over temporarily occupied territories of the Donetsk and the Luhansk oblasts" and "On creating the necessary conditions for a peaceful settlement of the situation in certain regions of the Donetsk and the Luhansk oblasts". 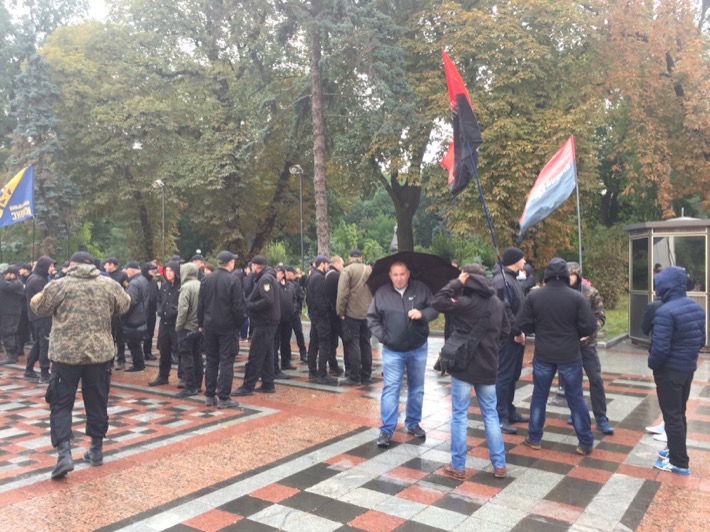 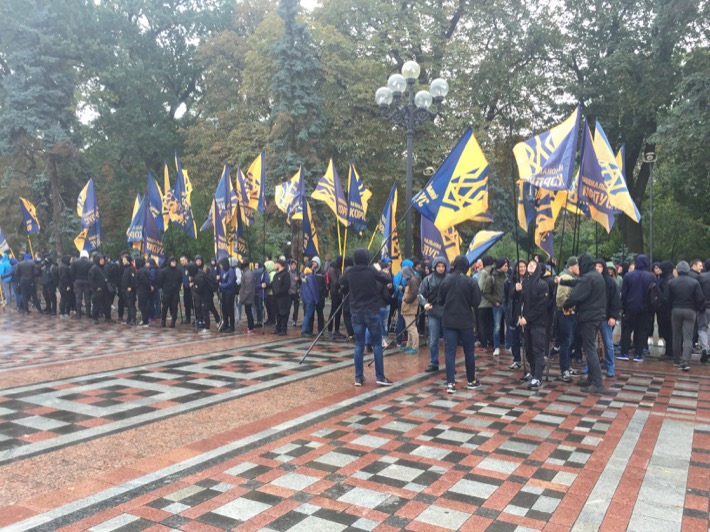