The leader of the "DNR" Alexander Zakharchenko is in Moscow. This was reported by the Russian propaganda television channel "Life".

The official version of the militant’s presence in the Russian capital is a visit to the jubilee concert of the People's Artist of the USSR and the great supporter of the separatists, Iosif Kobzon.

Sitting in a half-empty concert hall, Zakharchenko conveyed his "sincere congratulations" through journalists. 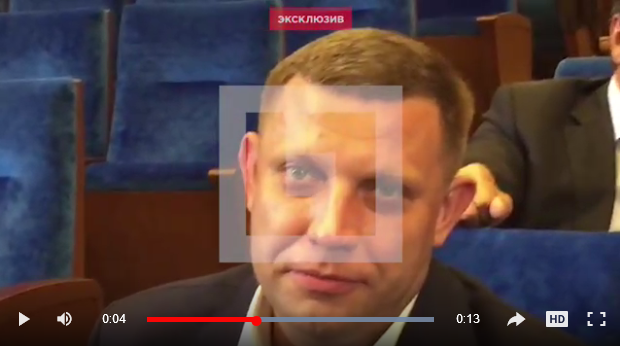 The so-called "official website of the DNR" has not reported anything about the visit of the leader of the "republic" to Moscow.