There is a rally of migrants under the Cabinet of Ministers of Ukraine who demand to take the necessary decisions for the entry into force of law No. 1954 on preferential mortgage loans to the ATO participants and internally displaced persons, the OstroV’s correspondent reports.

"I went on a hunger strike as an internally displaced person, as a mother of two children, as a representative of a public organization. There's really no place to live for me. We are just desperate, and we expect that there will be at least some reaction. If not, then we will appeal to the U.S. and other embassies", - the head of the public organization "Mij.dim.ua" Yulia Dryuk-Ilyashenko said.

The IDPs put up a tourist tent, which had to be "named" a reception of the people's deputy Natalia Veselova. Otherwise, law enforcement officers did not allow its installation.

"These people are really desperate. There is no reaction from the Cabinet, even the police forbade putting a tent, so I had to intervene. I came here as an IDP, not as a people's deputy... We put up the tent and will not remove it until at least the exact date and time of the meeting (with representatives of the Cabinet, -OstroV) will be known", - Veselova said.

Law No. 1954 was adopted by the Verkhovna Rada and signed by the president back in April 2017. According to the law, the ATO participants, as well as IDPs, can buy housing for 50% of the cost or they receive a mortgage loan at preferential interest - 7% per annum.

“There should be some by-laws adopted. A draft resolution has already been prepared, which prescribes a mechanism for granting preferential loans to IDPs and members of the ATO, but the Cabinet of Ministers has not approved it yet... And it is not known how much this process can last", - the deputy noted. 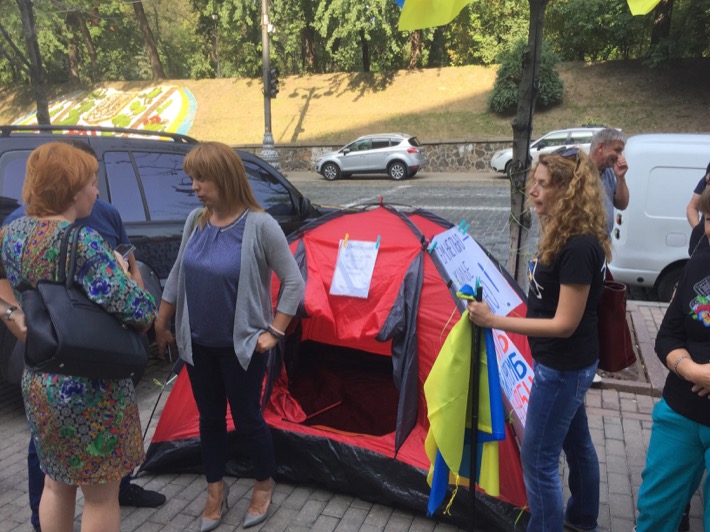 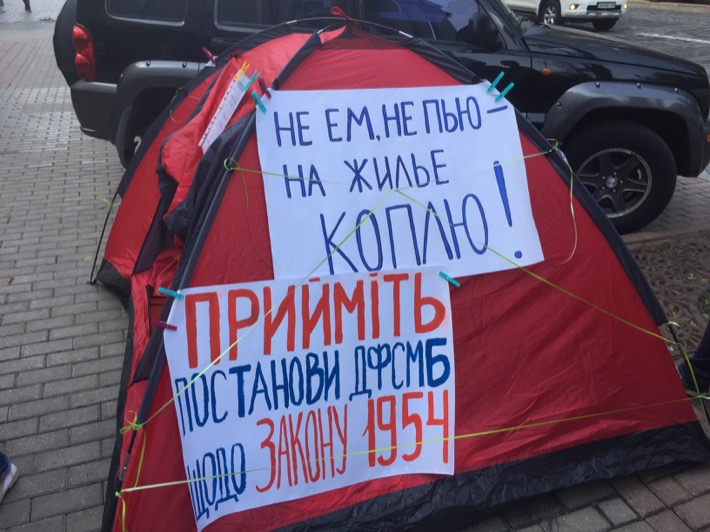 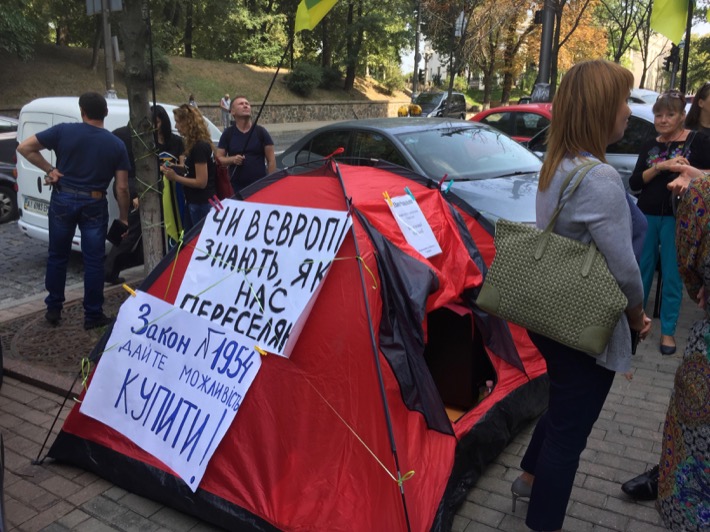