The OSCE Special Monitoring Mission calls on Ukrainian military to remove mines from the bridge in Shchastya, since "bridges are meant to unite people, but not to separate them". This is stated in the message of the OSCE SMM on Twitter.

It is noted that the observers could not pass through the bridge to Shchastya. It is intact, but the civilians still cannot use it because of mines.

"The Armed Forces of Ukraine have not withdrawn mines: the Joint Monitoring and Coordination Center failed to coordinate, bridges are meant to unite people, not to separate them. Withdraw the mines immediately!", - the OSCE SMM stated. 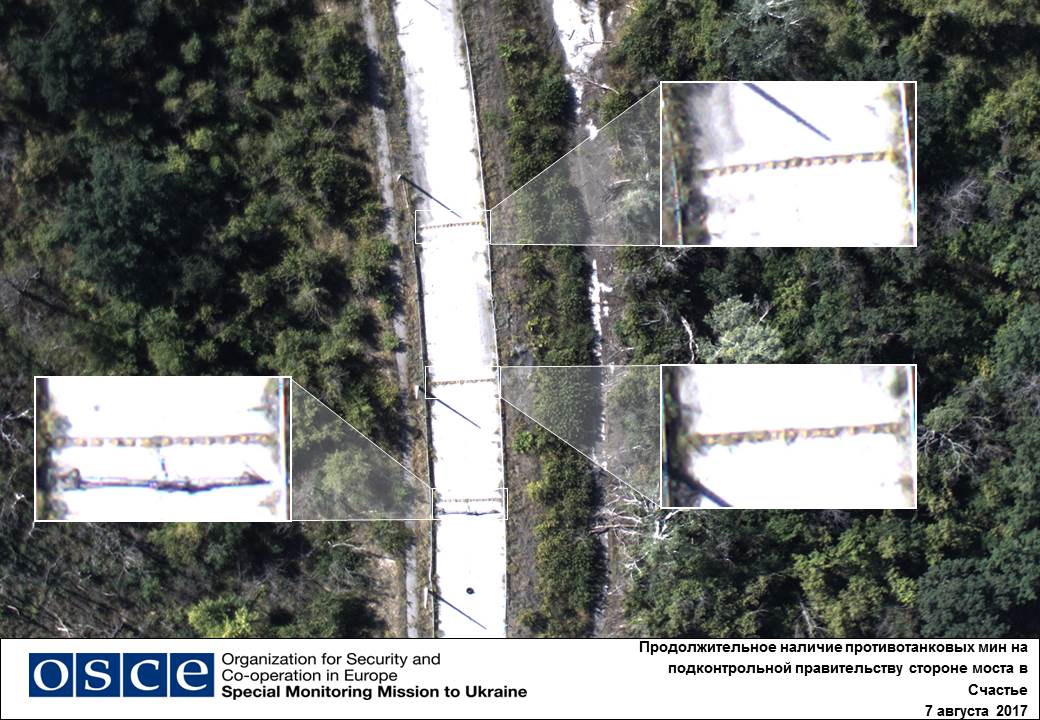