Activists of National Corps (Azov) and Right Sector have blocked all the exits of the Verkhovna Rada with a demand of full cancellation of the parliamentary immunity, - the correspondent of OstroV reports.

They blocked the road exit from the parliament by several cars.

The activists also used smoke bombs, which made the road traffic along Hrushevskogo Street difficult.

They intend "not to let deputies out of the parliament" until they vote for the full cancellation of parliamentary immunity. 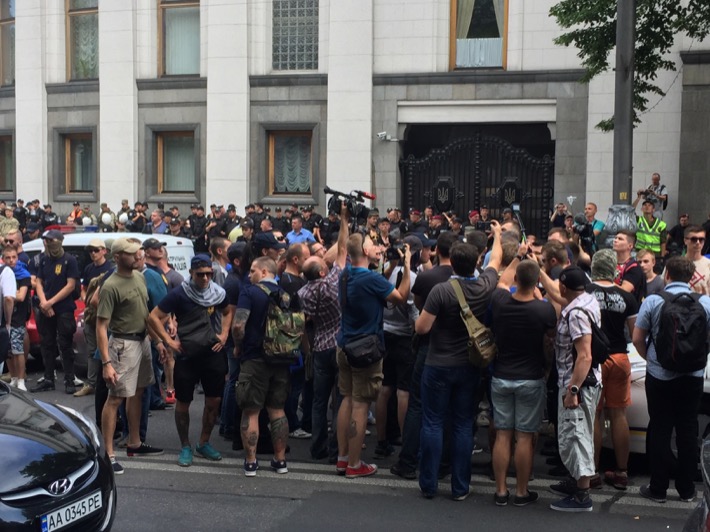 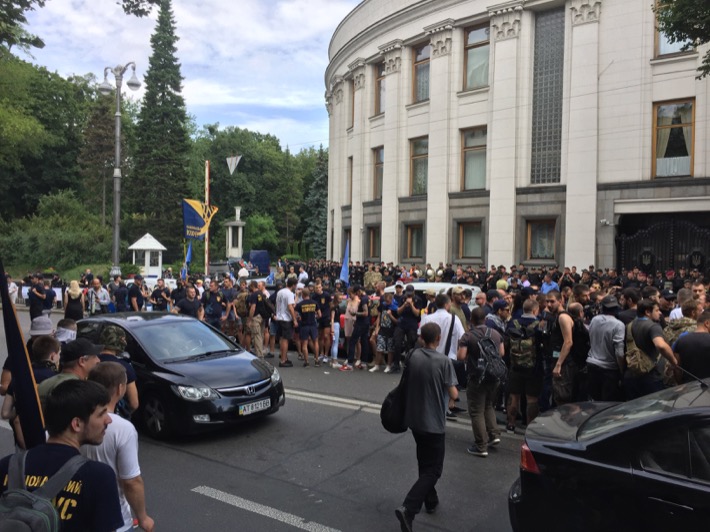 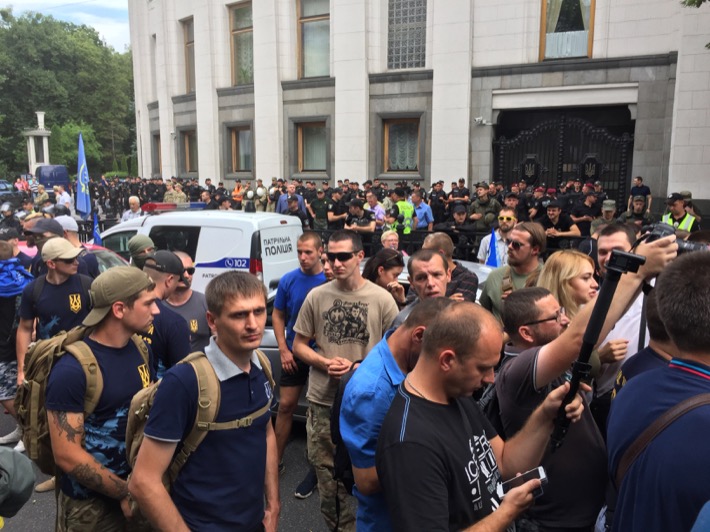 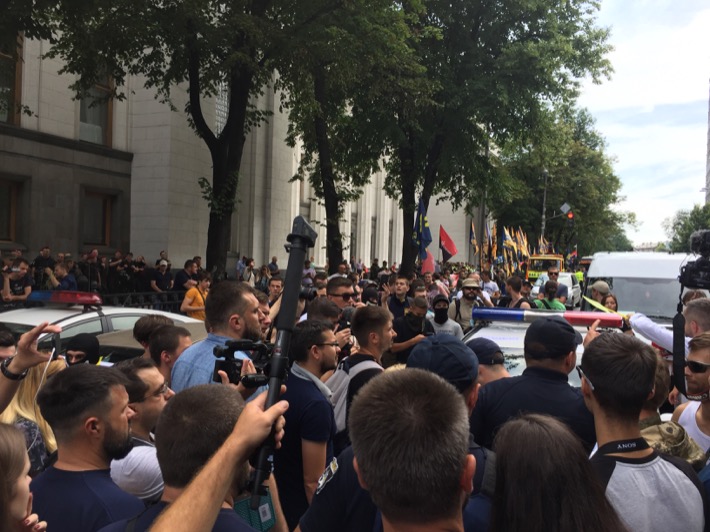 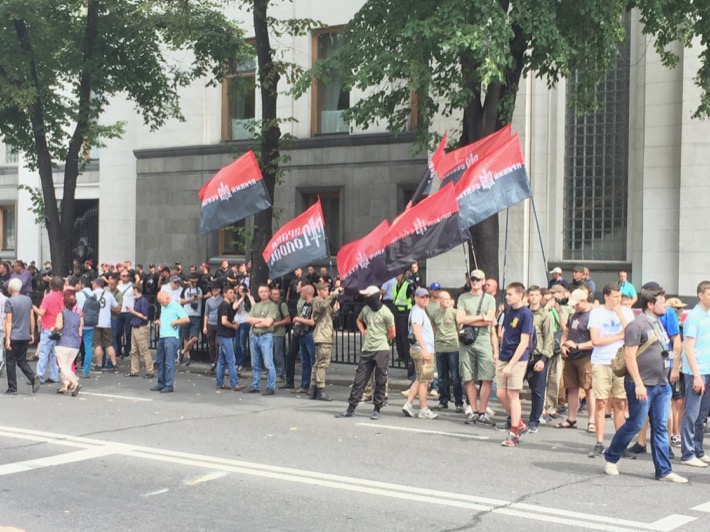 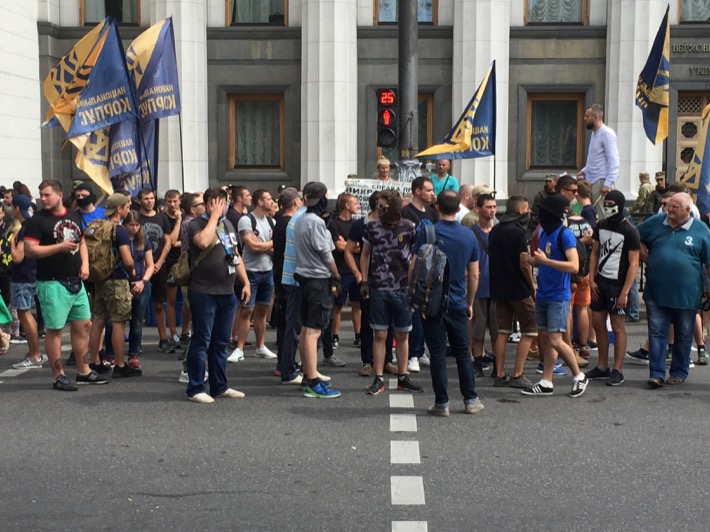