Yuriy Chmyr, the former deputy head of presidential administration of Viktor Yanukovych, was found $1 million and 180 in two bank cells instead of 572 thousand declared by him during the searches. This was reported by the Prosecutor General of Ukraine Yuriy Lutsenko on Facebook page.

"As a result of checking media's information about the illegal enrichment of Yuriy Chmyr, the former chairman of the Sumy Regional State Administration and the former deputy head of Presidential Administration of Yanukovych, investigators of the PGOU have discovered not only 14 apartments in Kyiv of the daughter of ex-official, but also significant funds not reflected in the e-declaration", - the Prosecutor General wrote.

In particular, according to Lutsenko, $1 million and 180 was found in 2 bank cells of Yuriy Chmyr instead of declared $572 thousand during the searches.

"Such actions fall under Article 366-1 and provide for up to 2 years of imprisonment", - he noted. 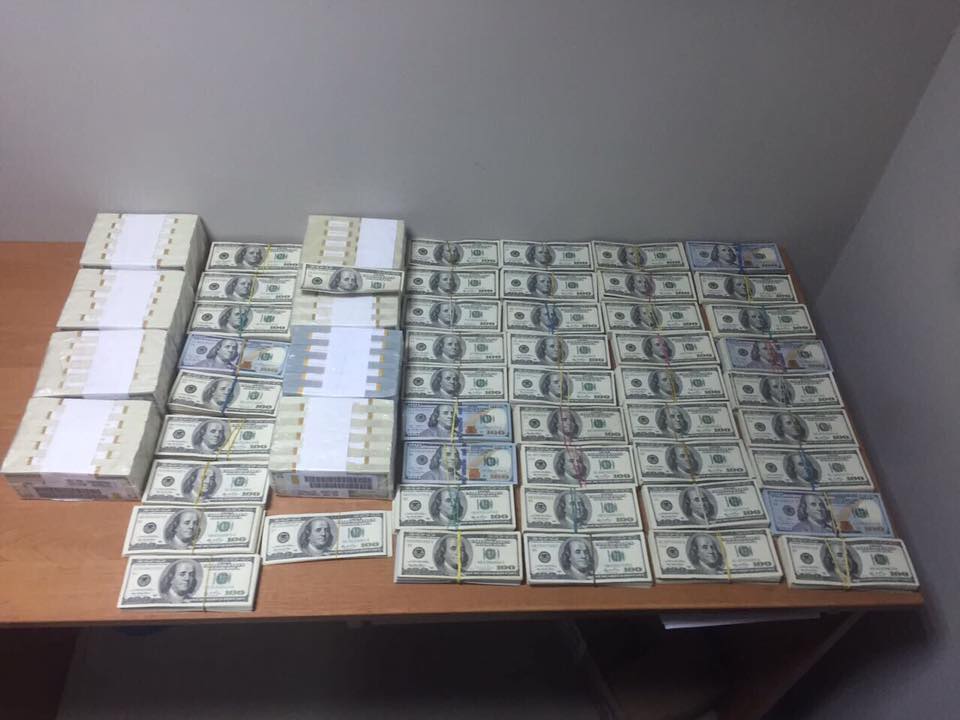