EU Commissioner Hahn visited the front-line Shyrokyne and was horrified with what the barbarians had done with the flourishing resort 06/02/2017 13:00:00. Total views 565. Views today — 0.

The EU Commissioner for European Neighbourhood Policy and Enlargement Johannes Hahn has visited the line of demarcation in Shyrokyne. This was told to journalists by the first deputy speaker of the Verkhovna Rada Iryna Herashchenko, - the correspondent of OstroV reports.

"The EU Commissioner for Enlargement visits not only the Donbass and Mariupol, but Shyrokyne as well for the first time. He saw with his own eyes the consequences of those barbaric shelling of the once wonderful resort town which, according to the experts' estimates, cannot be restored today", - she said.

According to Iryna Herashchenko, Hahn was amazed by a small shell fragment from "Grad", a lot of which is lying around in Shyrokyne, most of all. "He held the fragment in his hands for so long, redefining that these pieces of iron are what kills and injures Ukrainians today", - the vice-speaker told.

She recalled that the Ukrainian party advocates the complete demilitarization of Shyrokyne both in Minsk and the "Normandy format", because "this is the Ukrainian territory and it is obvious that this is a huge danger zone which is located several kilometers from Mariupol – a city of many thousands, important in the context of infrastructure, economic and humanitarian". 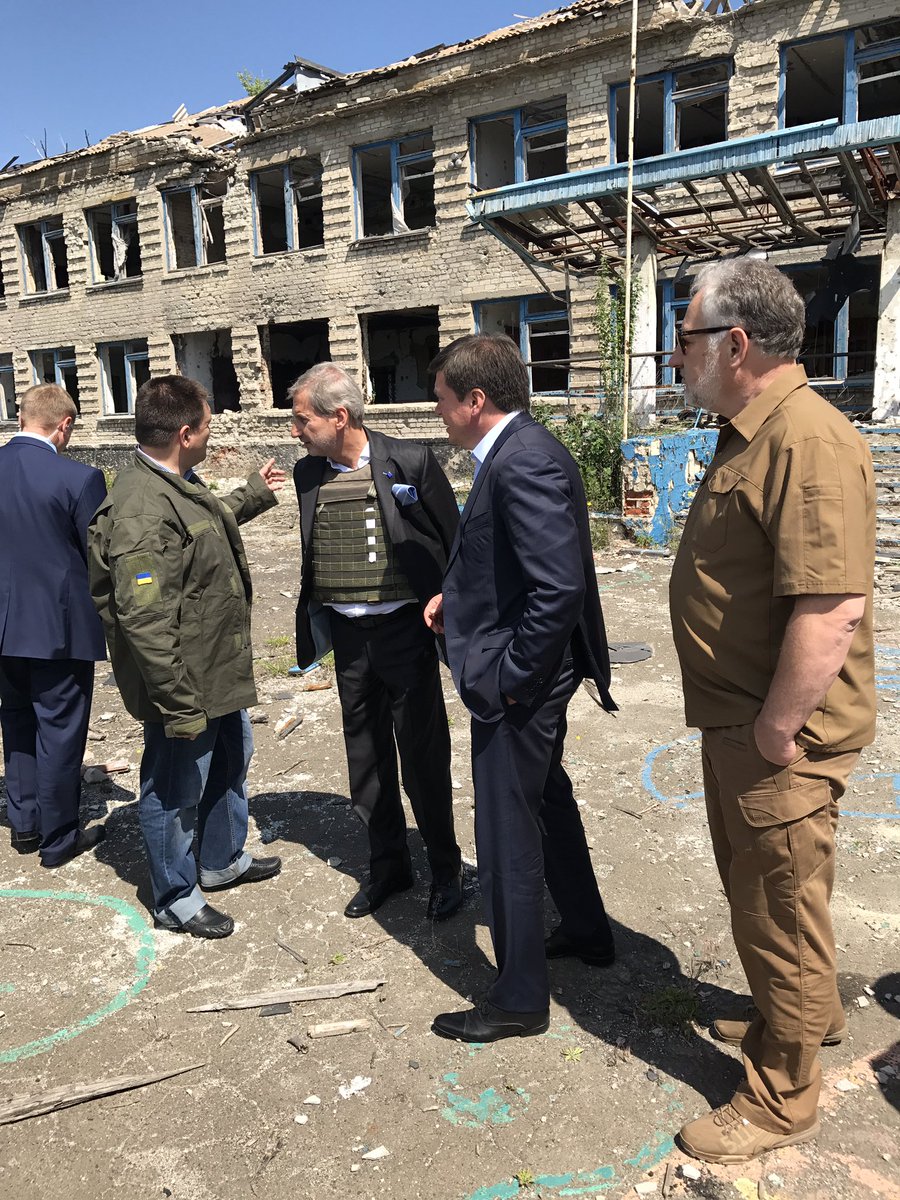 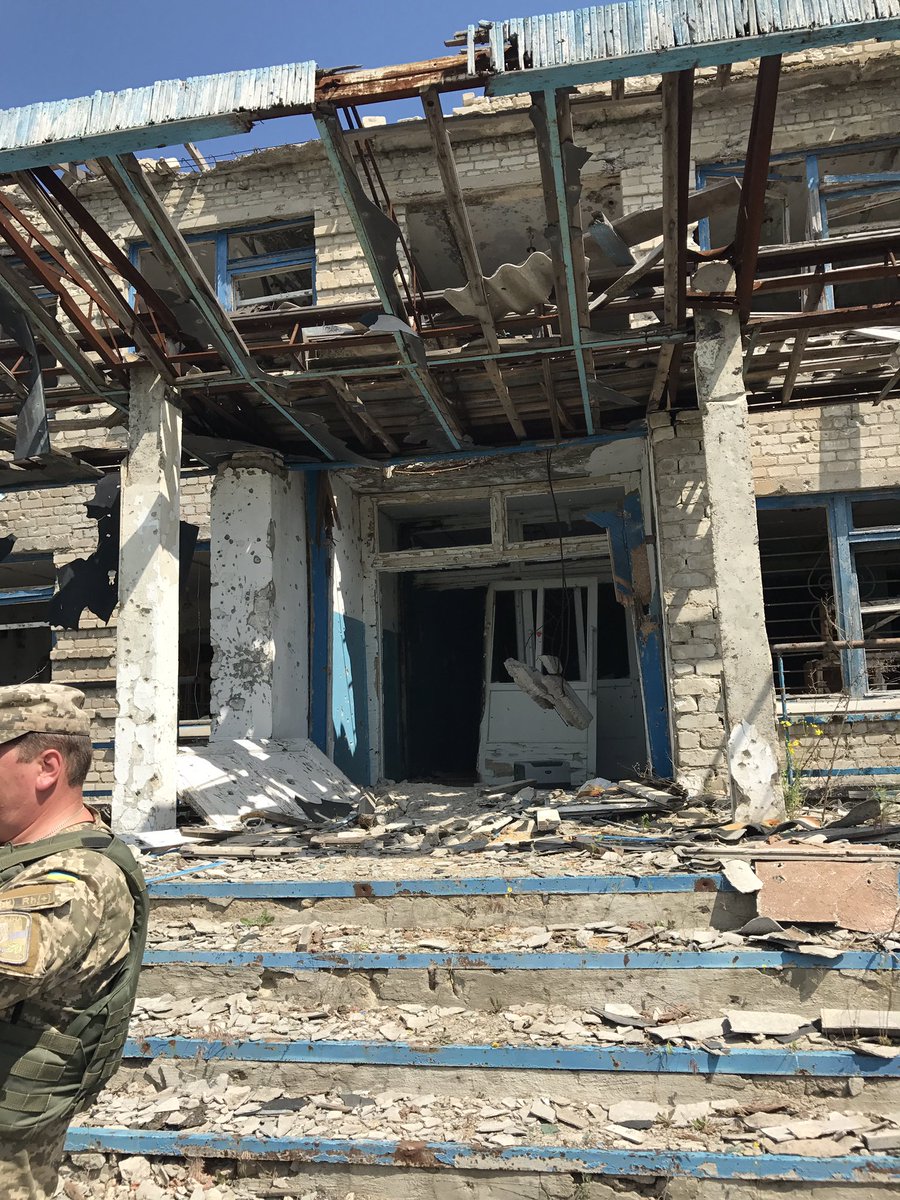 Tuesday, May 24
Britain is considering using sea convoy to export Ukrainian grain
Occupation corps of russian federation is not enough for gauleiter of Kherson region – traitor asks for "russian military base"
Monday, May 23
Authorities of russian federation do not intend to change Medvedchuk for defenders of Mariupol, withdrawn from Azovstal
Russian federation states that it is Ukraine that refuses to negotiate - "the ball is on its side"
Sunday, May 22
Deputies extend martial law and general mobilization in Ukraine for three months
AFU destroy Tyulpan self-propelled heavy mortar of russian federation, confirming defeat of equipment of this class for first time in history (VIDEO)
Attempt to liquidate self-appointed "mayor" in occupied Enerhodar - social networks (PHOTO)
Saturday, May 21
Zelensky couple tells how they met russian invasion in morning of February 24
Largest research center in field of aviation and astronautics is on fire in russia
VIDEOFACT: "DNR" riflemen control deportation of Mariupol residents: it will not be possible to avoid
232 children have died in Ukraine since beginning of war, more than 662 have suffered – Office of Prosecutor General
Kievan Rus’ was "cancelled" in schools of russian federation and Kyiv was simply captured
Friday, May 20
Russian missile hits House of Culture in Kharkiv region. Seven people were injured, including child
In Sievierodonetsk, rashists attacked school where people were hiding. There are three dead (PHOTO)
Defenders of Azovstal convoyed to torture jails - media
All news »