Deputy Chief of Donetsk oblast counterintelligence unit of the SBU Colonel Oleksandr Kharaberiush was killed by a remotely controlled bomb planted into his car by a female saboteur on March 31, 2017. Censor.NET Chief Editor Yurii Butusov wrote that on his Facebook page. A source close to the investigation told Censor.NET that the explosive device that destroyed the colonel's car was planted by a female saboteur at night.

“The explosive device was planted by a female saboteur at night. She was not alone. Someone backed her, gave her instructions, told her what to do. She was not a mastermind. When she found Kharaberiush's car, she planted a bomb under the driver's seat. This does not require some special training, one move and it's done... The surveillance cameras accidentally captured the car being wired to explode", - the journalist wrote.

Butusov noted "very similar method of operation to the one in the murder of journalist Pavlo Sheremet in Kyiv".

In Butusov's opinion, it was not difficult to plant the explosive device. Kharaberiush's family left Donetsk in 2014, and had no apartment or house in Mariupol. They lived in a rented apartment in a nine-story building. The colonel did not have a driver or personal guards. 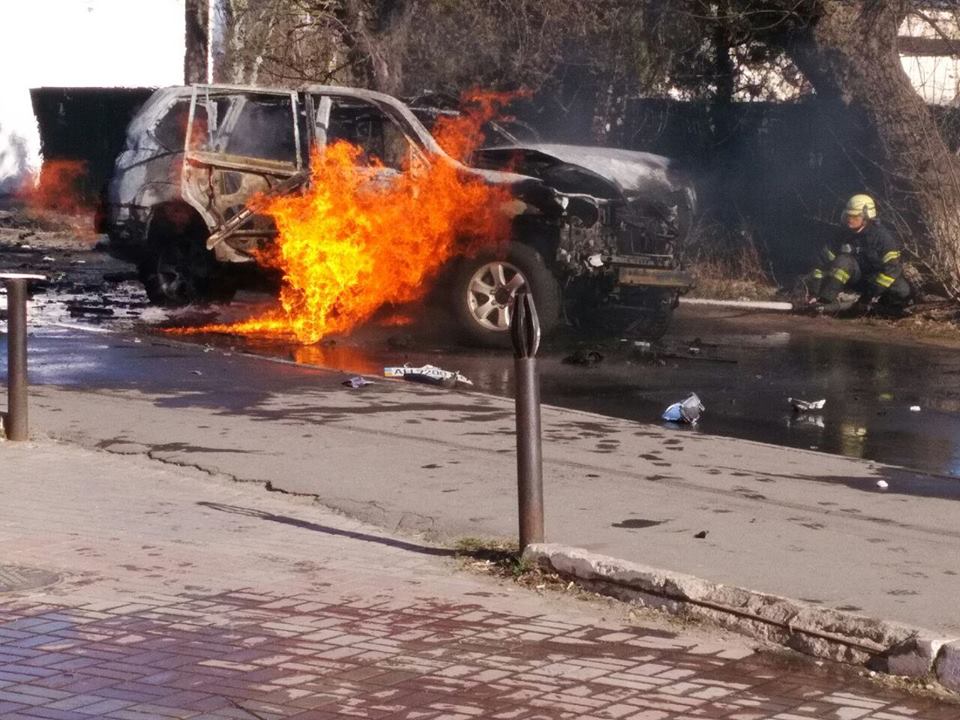