OSCE observers’ jeep crashed into a Volkswagen minibus in Kramatorsk. This was reported by a local resident Sergey Gakov on hisFacebook page.

According to him, the accident happened in the evening on December 29th .

As a result of the accident there was one girl-victim who was diagnosed with a concussion and soft tissues bruises. She survived as she had been fastened with a seat belt. 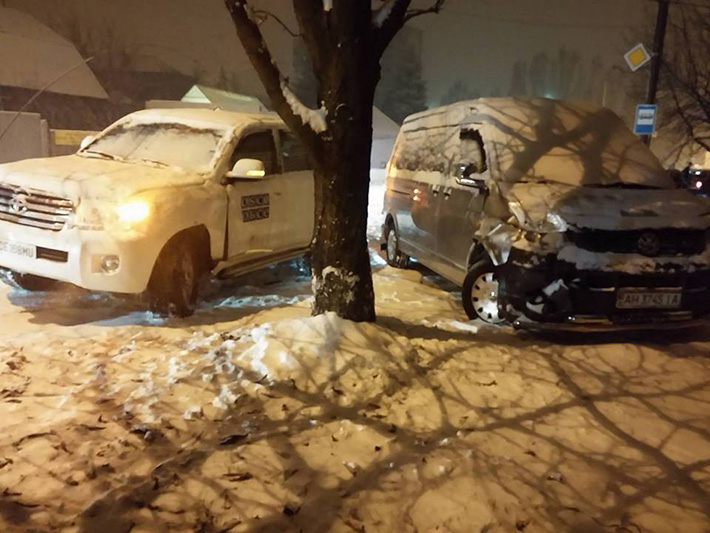 As Gakov noted, OSCE cars drive regularly at high speeds and do not adhere to traffic rules.

"The feeling is disgusting, the car driver behaved provocatively, constantly refered to the diplomatic inviolability, refused to call the police and register an accident,"- said Gakov on the accident.