Unknown people fired at the so-called "corps headquarters of the DPR" in the occupied Donetsk. This was reported by the propagandist and stickler for the "DPR" from Kharkiv Konstantin Dolgov on Twitter.

"The center of Donetsk, a direct hit in the corps headquarters from the grenade launcher. There are no 200-300 data yet", - Dolgov wrote.

According to the eyewitnesses in social networks, the "corps headquarters of the DPR" on Nikolenko Street, 9 was fired by hand grenade launcher. One of the shells hit the fifth floor of the building.

At the same time, the so-called "representative of the operational command of the DPR" Eduard Basurin told the Russian media that there was no attack on the "military headquarters" in the center of Donetsk. "There are training exercises, and some residents, having frightened, seemed to have mistaken them for a true shelling". Everything is fine in fact", - Basurin stated.

Residents of the occupied city are puzzled in social networks with the appearance of a hole in the building as a result of "training exercises". 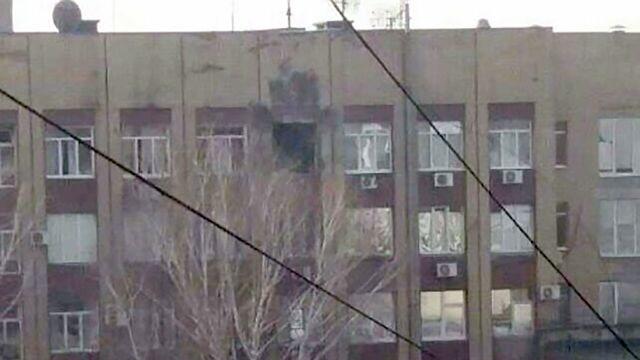