The indictment against the judge of the so-called "Supreme Court" of the "DPR" Ludmila Strateichuk who sentenced Ukrainians to death is taken to the court, - the Press Service of the Prosecutor's Office of the Donetsk oblast reports.

It was established that the judge of the Appeal Court of the Donetsk oblast Ludmila Strateichuk "has violated the oath, betrayed her country and went over the militants in January 2015". She took the position of "Supreme Court Judge of the "DPR" on the basis of the decree of the head of the "DPR" terrorist organization. While performing her duties, acting against the Constitution of Ukraine and the current legislation of Ukraine, being in Donetsk, L.Strateichuk, speaking to the media that works for the militants, announced the creation of the military tribunal of the "DPR" terrorist organization under the Supreme Court of the "DPR" and told about the pronouncement of the first death sentence by the court", - the statement said.

Thus the accused, being at that time the Acting Judge of Ukraine and being in the position of judge of the "Supreme Court of the "DPR "- the pseudo-arm of court, "was involved in the "DPR" terrorist organization and contributed to its activity, that is to say, committed a criminal offense under Part 1 Art. 258-3 1 of the Criminal Code of Ukraine".

Since Strateichuk has gone into hiding, she will be tried in absentia. The maximum sentence according to the given article - 15 years of imprisonment. 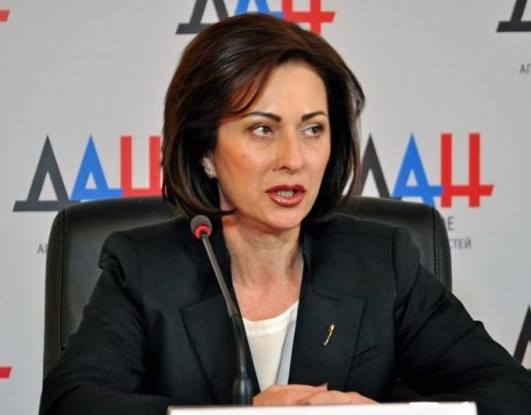