School pupils in the occupied territory of Donetsk region are forced to learn the so-called "Oath of Zakharovets". This is evidenced by an announcement demanding that the parents of pupils of a school in Makeyevka should ensure cramming of the oath text.

Outraged parents of pupils told in social networks on condition of anonymity that they don’t force to join the youth organization openly. But parents of pupils who don’t show the needed "enthusiasm", the headmaster of the school promises "difficulties in studying and worse marks".

It is necessary to learn the "oath" and "laws" during the winter holidays till the first "meeting" of the organization that might be visited by the leader of the "DPR" Alexander Zakharchenko.

As previously reported, the "DPR" has created an analogue of the Pioneer organization and named it after the terrorist leader of the "DPR" Alexander Zakharchenko. The militant was against such a perpetuation of his name but has accepted no decision on the renaming. 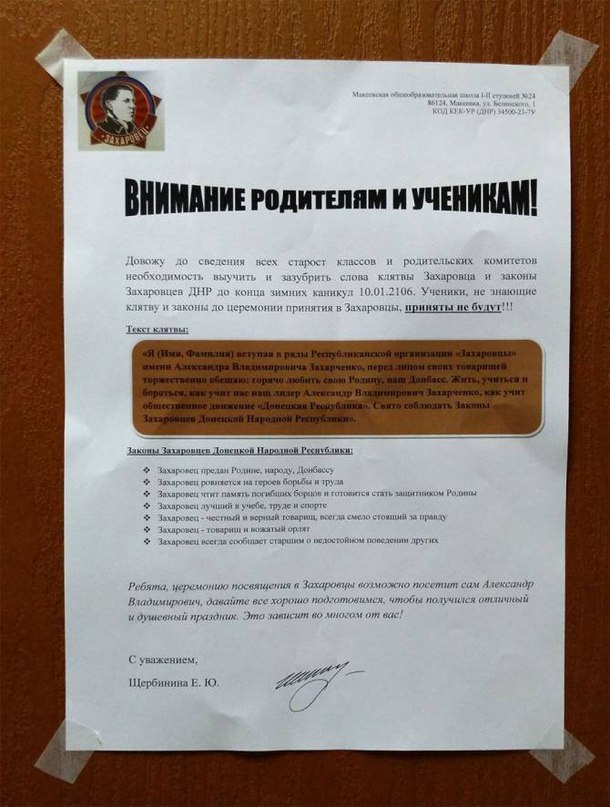