As of 14.02.2017, the total number of the two so-called "army corps" of the "DPR/LPR" in the Donbass totals about 36 000 people. These are the data of the Information Resistance group, posted on a Facebook page of its co-ordinator, MP Dmytro Tymchuk.

There are about 3 000 of personnel of the regular combat units of the Russian Armed Forces.

The operational inventory of the militants includes 380 tanks, 900 armored combat vehicles, 1000 artillery pieces (including the MLRSs) and 350 units of air defense systems. 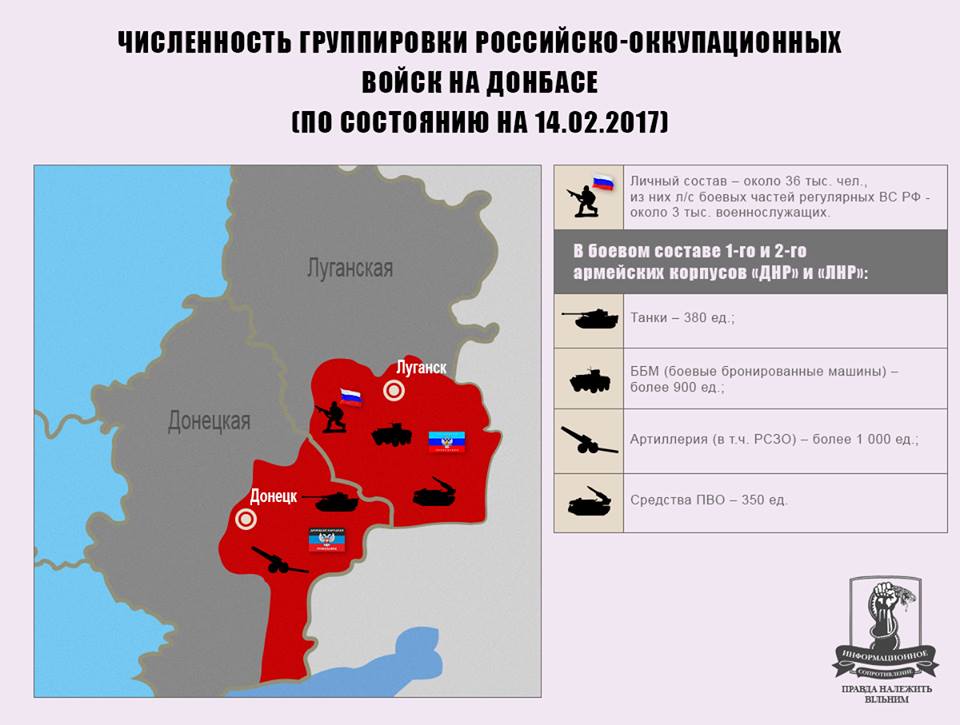