More than 460 people were detained in the occupied part of Donetsk oblast for violation of the curfew from 23 to 25 December. It is reported by the press service of the so-called "MIA" "DPR".

It is noted that the violators were caught by fake "431 police officers, including traffic police crews, OMON Berkut squads and employees of operational services".

More than 320 entertainment establishments were under the check in the course of training. Fake "police officers" drew up a 107 protocols in the occupied territories on the fact of drinking of alcoholic and low alcohol drinks in prohibited places or appearance in public places in a drunken state. More than 460 people were detained for violation of the curfew.

As users of the social networks write, detentions were carried out during the corporate parties not even in the time of a curfew – for the lack of documents. 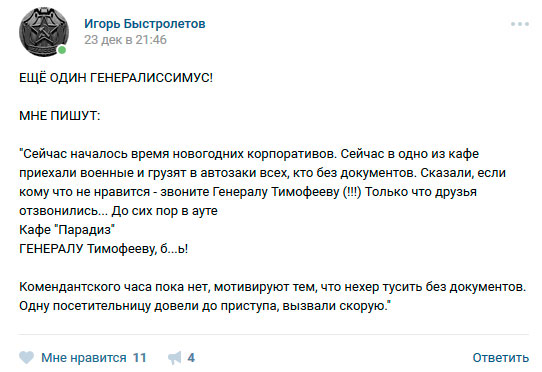