It is noted that 78% of respondents are worried by queues at the checkpoint. At the same time, the threat of attacks worried only 27% of the respondents. But conditions in the queues at checkpoints concern only 18% of citizens.

The most frequent reasons why people cross the demarcation line are a trip to relatives (39%), shopping (29%) and document issues (26%).

In addition, 15% of respondents who travel by car reported that they had encountered cases where they could not cross the contact line and had to go back.

The infographic shows data for the period from 15 to 31 of August 2016. 1442 person were interviewed during that period. 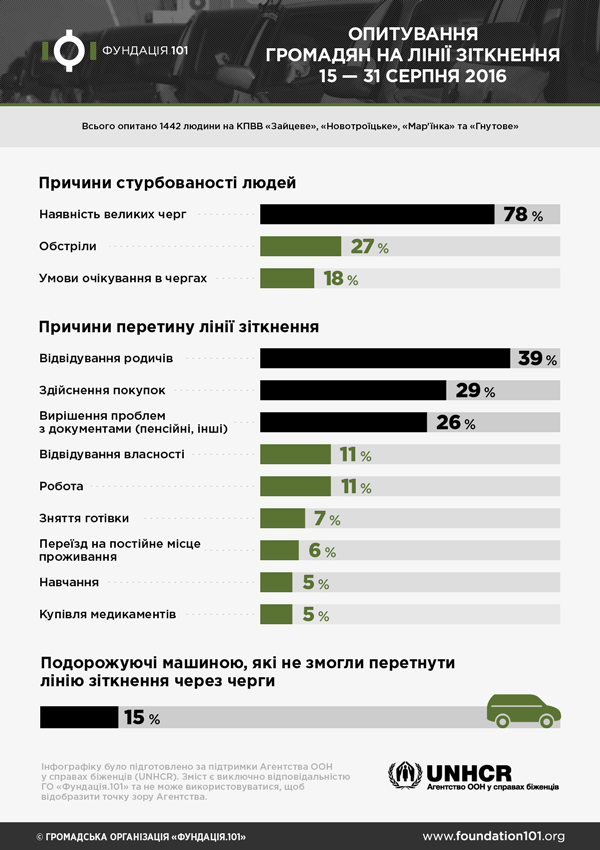