President of Ukraine Petro Poroshenko took part in the ceremony of raising the National Flag of Ukraine at the Sofia Square in Kiev. Mariya Rybak - daughter of the Hero of Ukraine who died during the defense of Ukrainian flag in occupied Gorlovka, helped the President to raise the flag.

"On the Day of the National Flag I want to remind of the courageous action of the Hero of Ukraine Volodymyr Rybak. He sacrificed his life defending the Ukrainian flag in his native Gorlovka. It is very symbolic that today we’ve raised raise our flag above the square of St. Sophia together with the Hero's daughter - Mariya Rybak," - said the head of state.

As reported on his official Facebook page, Poroshenko said during the ceremony that it was important to make sure that "the Ukrainian flag is hoisted over Donetsk, Luhansk, Simferopol and Sevastopol." 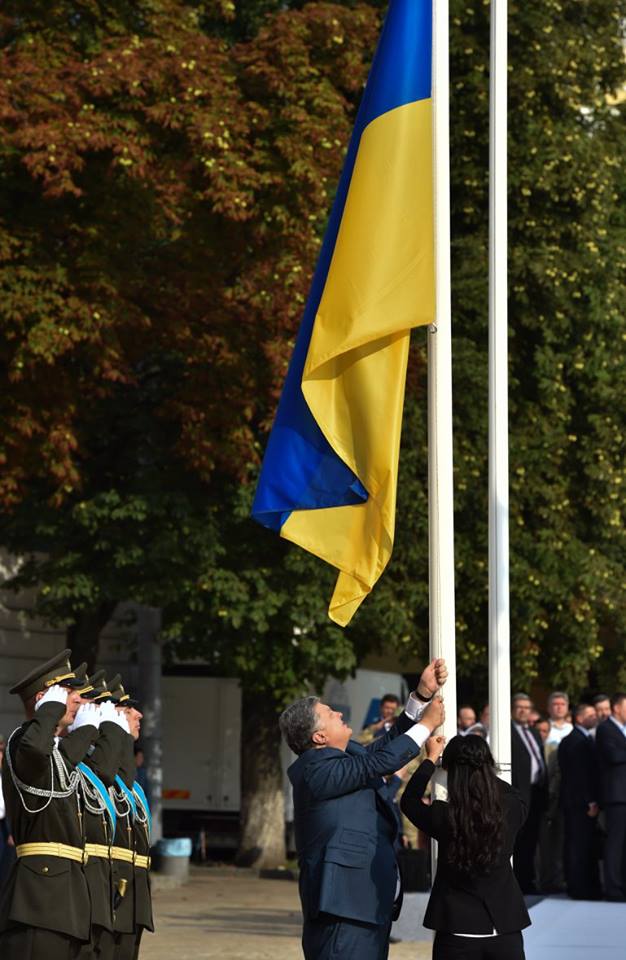 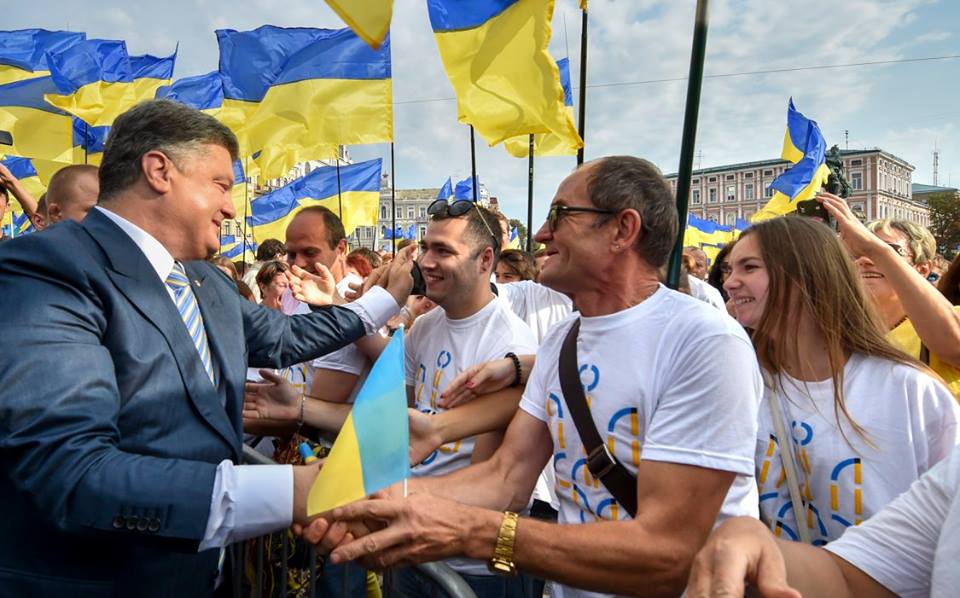 According to Poroshenko, "the Soviet government hid the history of" Ukrainian flag.

"In early July our flag rose over occupied Marinka - under the shellfire of the occupants," - said the head of state.

"Previously, soldiers of the AFU special forces raised the flag in Zaytsevo. These all are steps for the return of our flag to Donbass and the Crimea," - he said.

Vladimir Rybak was bold and uncompromising deputy. He was not afraid of armed invaders and tried to hoist the Ukrainian flag over the building of the city council in Gorlovka on April 17th, 2014.

According to the SSU reports, on the same day terrorist Igor Bezler (call sign "Bes") instructed the self-proclaimed chief of Gorlovka police to neutralize Rybak.

"Bezler instructed his group to kidnap and bring Rybak to the agreed place to apply measures of physical influence in relation to him. On April 18th Vladimir Rybak was brutally tortured, murdered, his body was dumped in the river and on April 20th Strelkov personally gave instructions to mayor Ponomarev to take the body of kileed Rybak from the headquarters in Slavyansk," - said the Security Service of Ukraine.