Suspicion of involvement in a terrorist organization and violation of the territorial integrity and inviolability of Ukraine was handed in to the mayor of Toretsk (Dzerzhinsk) Vladimir Sliptsov, - reports the press service of the Prosecutor's Office in Donetsk region.

"Today, on August 17th, prosecutor of Donetsk region Yevgeniy Bondarenko officially handed in to the mayor of Toretsk (Dzerzhinsk) Vladimir Sliptsov suspicion of criminal offenses under Part 1, Article 258-3 (involvement in a terrorist group or terrorist organization) and Part 2, Article 110 (violation of the territorial integrity and inviolability of Ukraine) of the Criminal Code of Ukraine," - said in a statement. 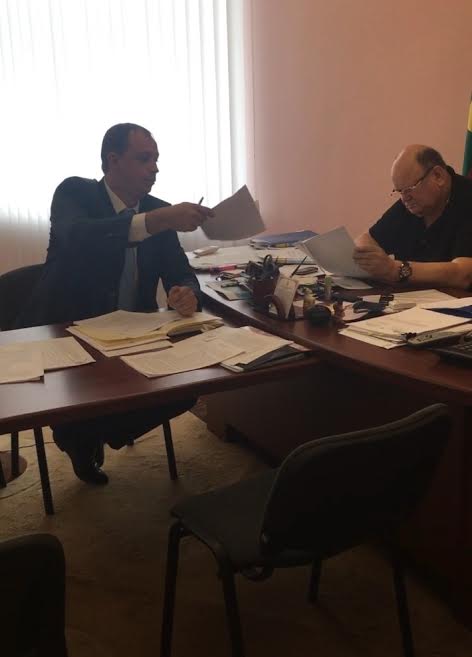 The investigation established that the mayor of the city "is connected with the organization and conduction of the illegal referendum on the declaration of the state independent terrorist organization "DPR" on the territory of Toretsk".

The suspect official presided over the meeting of the city council on April 15th, 2014and put on the agenda the question of the appointment of the illegal referendum in Toretsk. In addition to the mayor and deputies, representatives of the "DPR" took part in the session, they called for recognition of the pseudo-republic and illegally removed the Ukrainian flag and took it out of the session hall.

"A month ago I brought together representatives of law enforcement bodies of Donetsk region to have an operational meeting. The main issue was struggle against separatism. I ordered to review all the cases in this area as soon as possible, create necessary working groups to study them and listen to public opinion on this matter. That’s what we've done now. It is a real action to combat separatism in the higher echelons of authorities in the region. It indicates the inevitability of punishment for a crime, "- said the prosecutor of Donetsk region Yevgeniy Bondarenko.

Now the Prosecutor's Office is preparing a petition to the court on the electioto choose an official measure of restraint in the form of detention.