Serhiy Hrabsky: There are at least three scenarios for the development of events in southern Ukraine
09/05/2022 18:36
Home
Articles
Politics

The leader of the "DNR" really wanted to show that after the occupation of Mariupol, he became a world leader, who will be talked about all over the planet. To do this, he organized the so-called "press tour" to the port city destroyed by the invaders. "In Mariupol, representatives of the media from the Netherlands, Norway, the United Arab Emirates, France, Germany, India, China, Saudi Arabia, Turkey and other countries had the opportunity to see with their own eyes how people live, what they think and who they hope for. I answered to the numerous questions from journalists. They want to know the truth, many people in the world want to know the truth, which means that it cannot be hidden, no matter how anyone wants to", - he wrote pathetically on the resources controlled by him. At the same time, for some reason, while listing foreign media, he "forgot" to name russian journalists. In vain, because in fact, only the propagandists of the russian federation told and showed what Pushilin, by force of habit, preserved from the time of the MMM, called "truth".

Go out with a bang …

Last week, separatist media mourned the Donetsk musicians who were forcibly mobilized into the "DNR" occupation army and died near Mariupol. Yes, they stayed to work in Donetsk, captured by the militants, and their music entertained for 8 years, including the leaders of the "DNR", creating the illusion of a peaceful civilized life. But this fact is by no means a reason to place them under arms and send them as cannon fodder to someone else's war. However, they were mobilized and sent…

In addition to news from the cultural front, now the seized institutions publish obituaries from the real ruthless front. Thus, the Donbas Song and Dance Ensemble reported on its pages the death of artist of the orchestra Pavlo Makhno, and the Donetsk Drama Theater said goodbye to accompanier Serhiy Rudov.

These sad posts carefully avoid the words "war" and "mobilization". The death of purely civilian people, thrown to the front lines without proper training, body armor and with three-line Mosin-Nagant rifles, seems to be "a heroic death in the battles for the liberation of Mariupol". They themselves appear in obituaries as "defenders and fearless warriors". But between the lines, one can still see regret and bewilderment about the fact that the authorities of the "DNR" are actually destroying the cultural gene pool of the "republic". "He was an excellent musician and a thoughtful dreamer, who did not have time to do a lot in life in his 35", "a talented musician", "a wonderful husband and father", - these is how they were remembered in creative teams.

But in the comments, the residents of CADO are trying to call a spade a spade. "Nightmare. These untrained people are thrown into hell, their bodies are brought back by trucks. May the peace of God be with them. It is a pity", "What a universal stupidity and injustice", He covered someone's snags with a "voluntary presence" where he does not belong!", "To whom it became easier from the fact that such creative professionals in their field, but not in the military one, were sent there?", "This is some kind of madness. How can you send people of art to this hell? And who needs it? In the name of what?", - grateful viewers and listeners write.

And like a cherry on the cake: "Even Stalin did not allow the musicians to be mobilized".

But it cannot be said that the russian invaders of Donetsk-Luhansk are completely indifferent to cultural issues. It turned out that they well remember Lenin's testament that "of all the arts, cinema is the most important for us". However, apparently, the authors of the separatist cinema grew up on German films for adults. In any case, this is the impression one gets after watching a video actively distributed in the information field of the "DNR/LNR" about how young girls in a nurse's costume - as if for role-playing games - congratulate the soldiers of the occupation army on Easter. 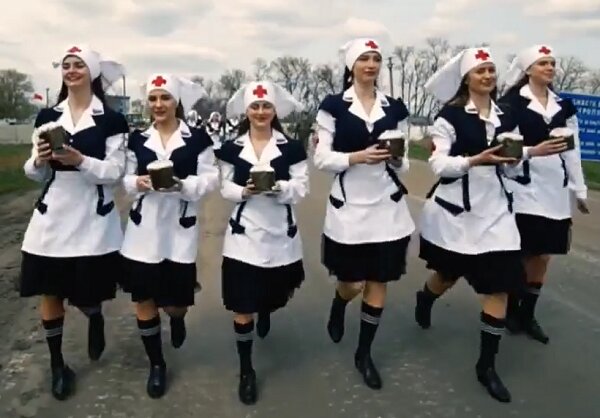 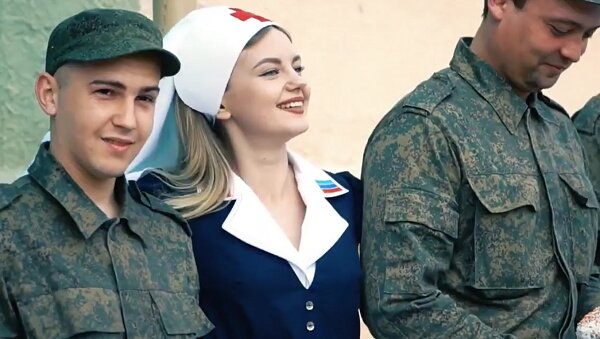 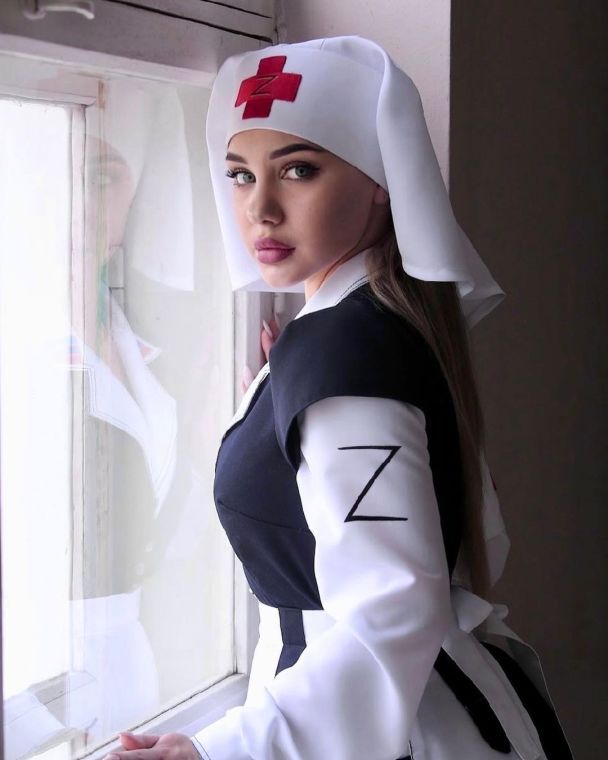 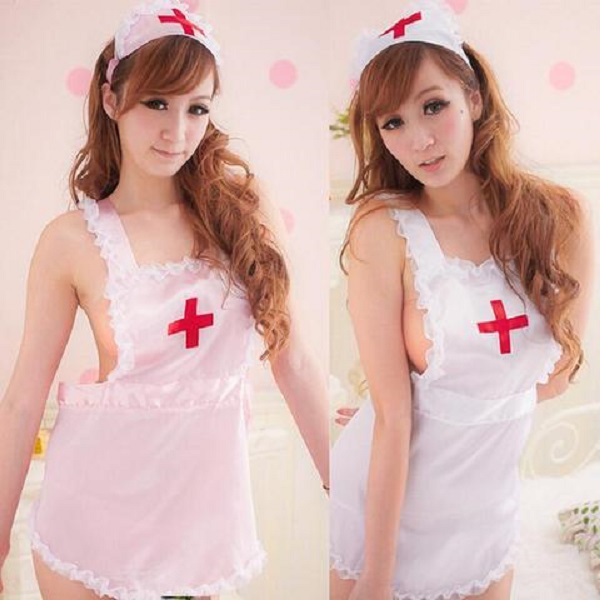 Against the backdrop of a redone song about the Red Army, which is the strongest one, according to the authors of this agitation, the so-called "sisters of victory" should inspire the "liberators" to feats of arms, but it all looks vulgar: a mixture of the Redland with the Ryazan glamor. Meanwhile, this cultural and patriotic event, according to the Luhansk media, "was held with the support and assistance of Minister of Culture, Sports and Youth of the LNR Dmitry Sidorov".

Last week, founder of the terrorist Vostok Battalion Alexander Khodakovsky actually admitted that russian aggression against Ukraine is by no means a "liberation mission". As a military man, the former SBU special forces officer admits in his posts on social networks that "victory in the war turned out to be not so easy". Allegedly, "mistakes in calculations" were made and an "incorrect picture" about the combat readiness of the enemy was drawn up. But the most interesting thing in the reasoning of the militant is the recognition that the people of Ukraine did not expect any "liberation" from their "big brother" and no one invited "liberators". With some surprise for himself, Khodakovsky suddenly realized that the president of the aggressor country "wrongly predicted the reaction of the population" to the russian invasion.

In one of his seemingly philosophical publications, the militant writes that "as the territories increase (the occupation of the new ones - OstroV), the number of the administered population will also grow". And Khodakovsky understands that these will be people who will not be happy that they were "liberated" from a normal life. "Watching social networks as an indicator of the mood in society, I come to the conclusion that along with the growth of patriotic sentiments, dissatisfaction with the (occupation - OstroV) authorities is also growing, and those whom we until recently classified as outcasts are successfully getting out from this category, skilfully speculating on the mistakes and miscalculations that are inevitable when solving problems of this level… Returning to the population, which will inevitably assimilate into our society, it is important to understand that the degree of its criticality will be high, and we need to prepare for this already now. The percentage of those who are dissatisfied will be significant, and if now this population is frustrated and does not express its opinion much, then later, after adaptation, it will be the most disturbing layer", - he reasonably predicts.

Theoretically, for a "thinker" of the level of a rather erudite admirer of the russian world, this observation would be enough to recognize the fakeness of all the statements of the rashists about the need to save the people from the dictatorship of "drug addicts and Nazis". However, Khodakovsky comes to a completely different conclusion. "We opposed ourselves to the West through the operation in Ukraine, and here we need to figure it out: if we had a clearer idea of ​​​​the potential of the enemy and the degree of loyalty of the Ukrainians to us, would we have neglected all the reasons that guided us, and would not we have dared to do this step, having let the situation go by itself?", - he asks. Naturally, rhetorical one, since it is quite obvious that no one was going to save anyone and is not going to continue doing it. Despite the fact that the "gratitude" of the residents of the newly occupied and often completely destroyed cities and towns exists only in the information field of the propaganda media, Khodakovsky and others like him still defend the idea of ​​the imperial mission of the newly appeared russian Reich.

The review was prepared by Yuriy Bovkh, OstroV